‘I Declare You Wife and Wife’: Costa Rica Celebrates Its First Equality Marriage

At 0:08 on May 26, 2020, Alexandra Quirós Castillo, 29, and Daritza Araya Arguedas, 24, became the first same-sex couple to marry civilly after equality marriage took effect in Costa Rica. 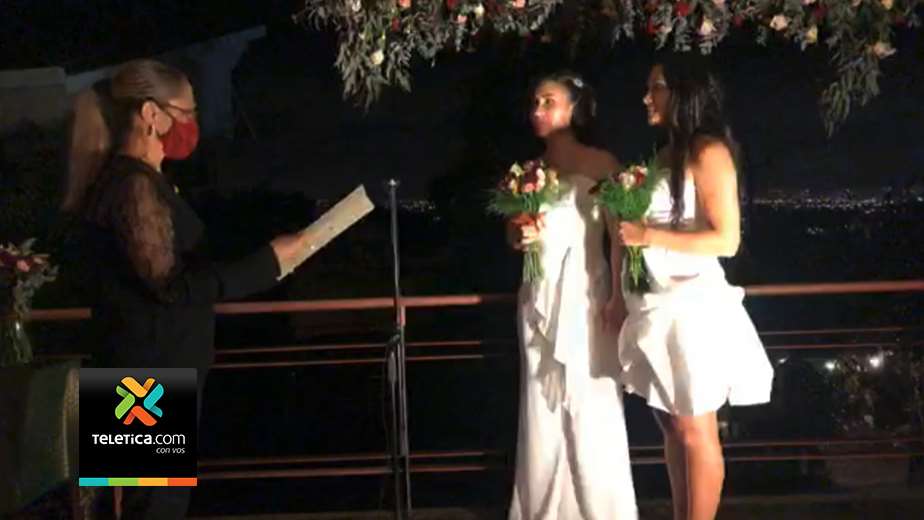 “The undersigned notary, considering that all legal requirements have been met, invested with the authority conferred on me by the laws in force in Costa Rica, I declare you, the contracting parties, united in the marriage bond, wife and wife; and, in accordance with the provisions of article 32 of the Family Code, I have dispensed and dispense under my responsibility the publication of the edict based on the documents that I have mentioned,” declared the notary. 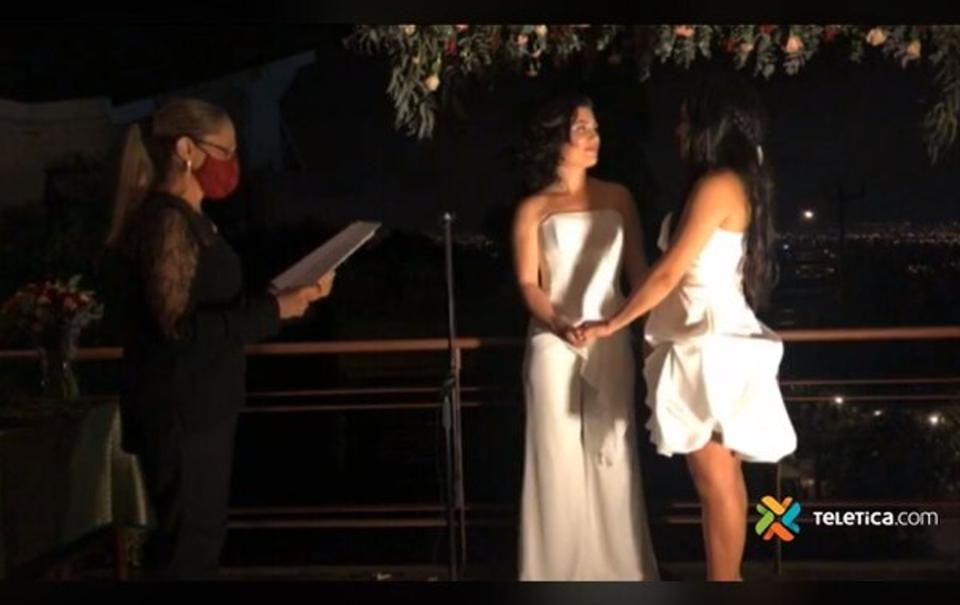 With this phrase, Quirós and Araya were married, after affirmatively answering the question of whether it was their free and express will to unite their lives in marriage, the former a housewife and university student, the latter a judicial technician.

Both were dressed in white with bouquets of flowers in their hands. Throughout the ceremony they were holding hands, without missing glances and nervous smiles.

There were rose petals released by the few attendees of the activity, accompanied by the singing of crickets. 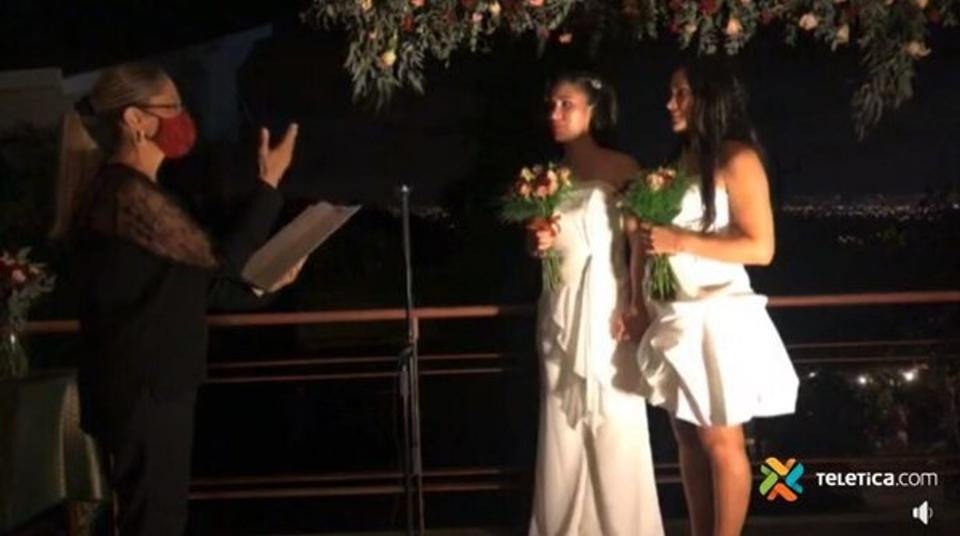 Not to forget that this first marriage between a same-sex couple is performed in the midst of a health emergency due to the covid-19 pandemic, there were also faces with masks, as in the case of the witnesses and the notary herself.

“Yes I accept”. Thus, without hesitation, both answered the question of whether they took this challenge of being wives and life partners to take care of and respect each other in good times and bad, and to start a family and grow together in mind and spirit.

Then they exchanged rings.

“Alexandra and Daritza with the express acceptance of merging in marriage, with the vows, with the exchange of their rings as the first wedding gift, has begun in law what has existed in love and in giving for many months, this way we celebrate and honor the journey that you have made together as life partners, waiting for a day like today, historic for you and for Costa Rica,” the notary told them.

Their union was sealed with a kiss, hugs, smiles, applause, and more rose petals. 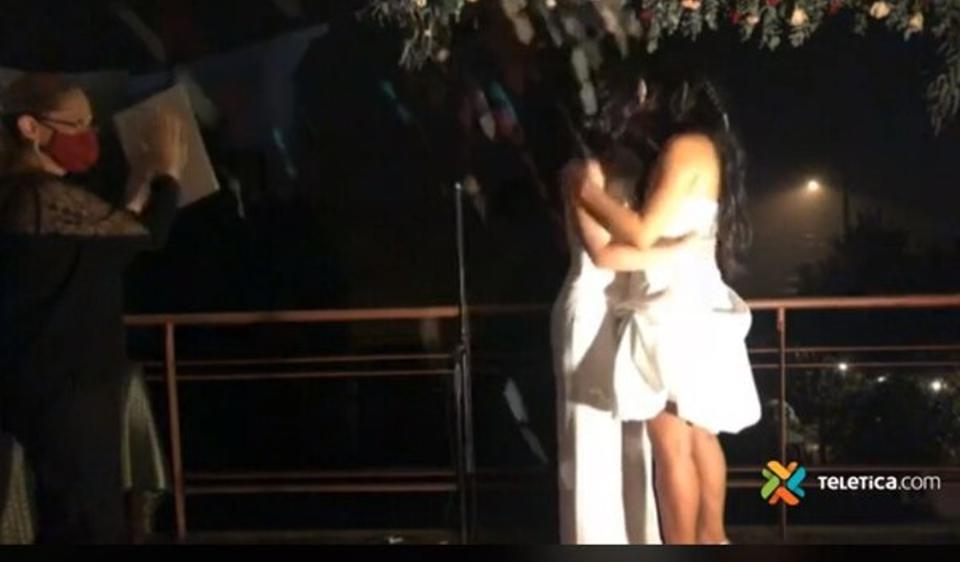 Today, May 26, the 18-month period that Constitutional Court or Sala IV gave the Legislative Assembly to legislate on the subject was fulfilled after declaring unconstitutional subsection 6 of article 14 of the Family Code that expressly prohibited marriage between people of the same sex.

After the deadline and without any reform by the Legislative Assembly, the prohibition of the Family Code is lifted and equal marriage becomes legal.

To commemorate the event, a historical tour about the struggle of LGTBIQ people to achieve equal marriage was aired starting at 9 pm, before the wedding ceremony, which was broadcast live on television Channel 13, social networks and radio.

For today, notary publics can legally bind two people of the same-sex in matrimony and register the same in the Civil Registry maintained by the Tribunal Supremo de Elecciones (TSE), that has said it is prepared to process all applications presented.

In fact, 55 requests for registration of same-sex marriages are queued for the process. Some were married months ago abroad.

Watch below the Facebook live video of the ceremony broadcast live a few minutes after midnight this Tuesday. You can also watch it here at Q24TV.

Watch the “History of Equality Marriage in Costa Rica” (in Spanish) here.

QCOSTARICA - What will happen to the expansion of...
Fuel Prices