“I live in the streets because I went jobless” 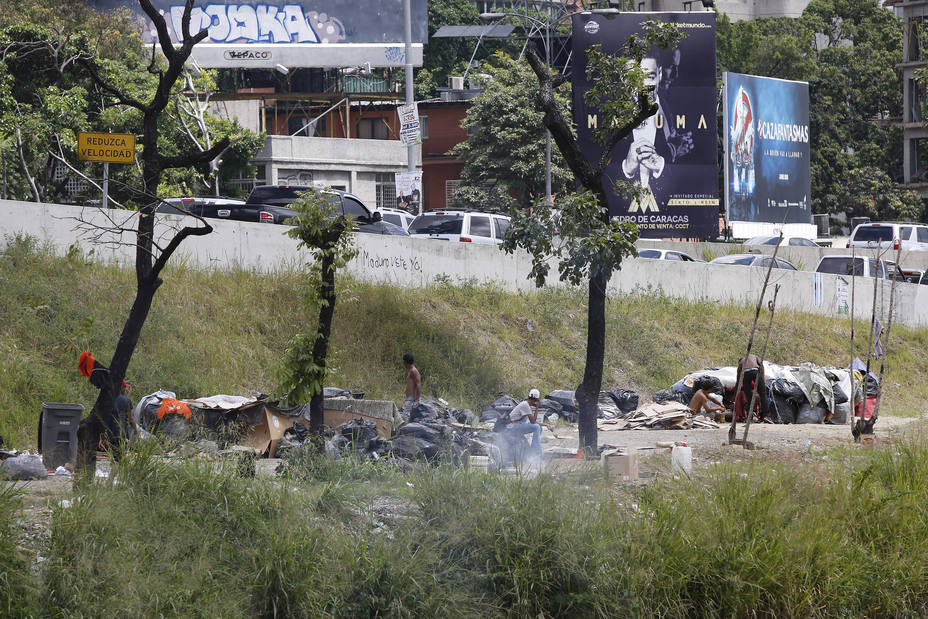 (Today Venezuela) “Thanks to what I can get from the river Guaire I make money to eat,” said Ramón -pseudonym to protect his identity- in reference to his daily routine since he became homeless.

Ramón dives into the polluted waters of Caracas major watercourse in search of any sort of metals he may later sell. “I got used to living this way. Some days are good, some are not so good, but I still am here. At least, this way I hurt nobody,” he added.

He claimed his economic situation changed when he lost his job as a worker in a construction run by the Great Mission Housing Venezuela. “I used to work as a bricklayer, but the works came to a halt and I ran out of options to make a living.”

Ramón has not had troubles with authorities so far. “Sometimes, police officers approach me claiming this (Ramón’s situation) is something dangerous. Still, they know we do not steal. We do it (living in streets) because everything now is very difficult.”

He is not afraid of diseases, having in mind he has been “healthy so far.” “Nothing has happened to me, yet life in the streets is hard indeed.”

Having gathered some screws and metal lumps, a smiling Ramón said: “With this I secure a bit of rice and sardines for lunch.”

(Today Venezuela) A congressional commission in Venezuela says that a staggering...
Read more