With Broomstick Unforgiving Waitress Fights Off Armed Robbers in Guanacaste 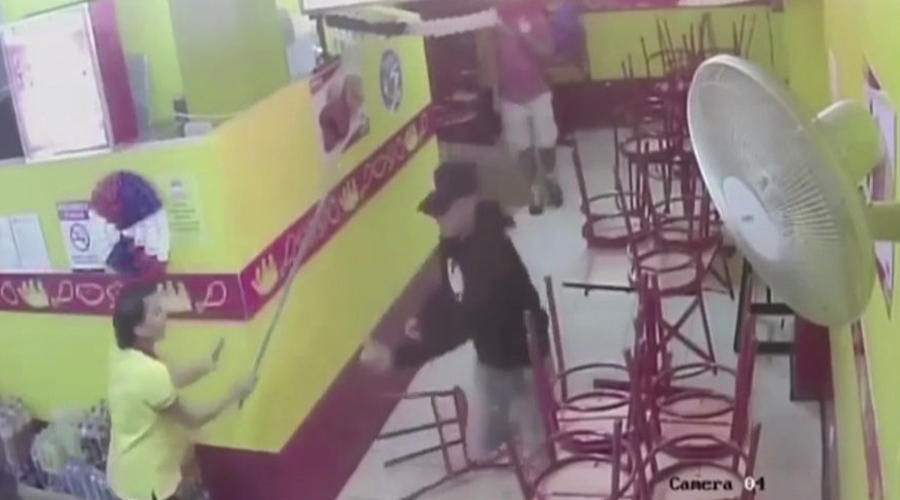 (QCOSTARICA) One man armed, the other with his face covered, entered the Pollolandia restaurant in Philadelphia, Carrillo, in Guanacaste after closing to rob the place. But they got a surprise, an unforgiving waitress attacks them with her broom she was using for clean up. 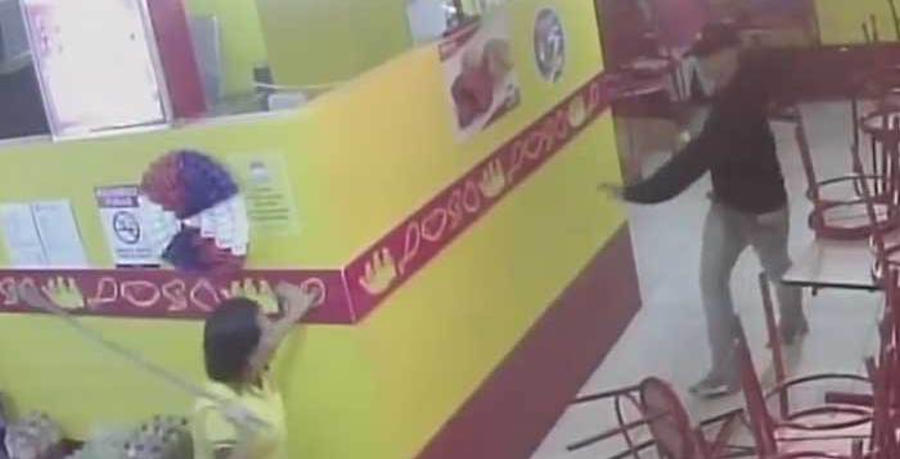 In the video released by the OIJ, we see two men roll up the steel curtain, entering the restaurant after closing.

The armed man threatens the employees, while the masked man head straight for the cash register. Wham, the waitress smacks the man from behind, over his back so hard that the broomstick broke.

The robbers frightened by the response of the waitress, ran off. However, they got away with ¢80,000 colones in cash.

The robbery occurred on September 15. The OIJ released the video on October 11 to help find the attackers.