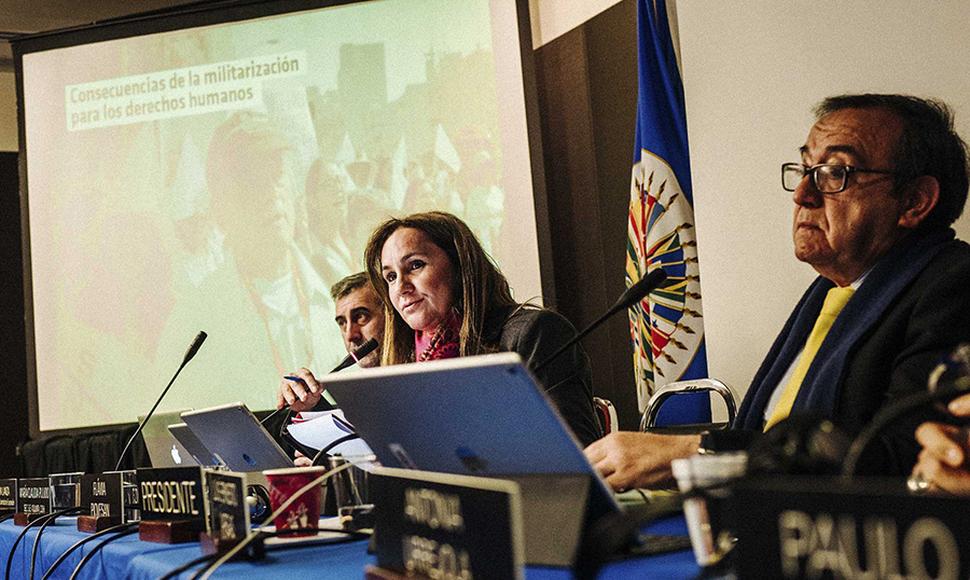 The Inter-American Commission on Human Rights (IACHR) said on Thursday, during its 170th session, that the repressive escalation of the Government of Nicaragua against opponents and the media “has installed a regime of terror and the suppression of all freedoms”.

Pablo Abrao, executive secretary of the IACHR, affirmed that the seriousness of the situation in Nicaragua is reflected in the fact that “there is not a day that does not receive a complaint about human rights violations.”

Abrao stressed that Nicaraguans do not live in full freedom, and have found that there is “an environment of restriction of their rights.”

He added that the IACHR, in the last eight months of social crisis, has analyzed “phases of repression”, and that of the last months has been called “Police State”.

The executive secretary of the IACHR explained that the installation of a police state occurs when “all the rules and fundamental human rights are restricted without legal grounds, without judicial basis, by means of decrees of security systems or by means of the National Police, all without there being any type of judicial regulation of these acts of the public administration that restrict essential contents to human rights”.

The IACHR notes that in Nicaragua “the rule of law is deteriorated, because we see that the police are banning demonstrations, private property is restricted, the law of terrorism is used to criminalize; that characterization, for us, is becoming clearer to follow closely the situation of Nicaragua,” said Abrao.