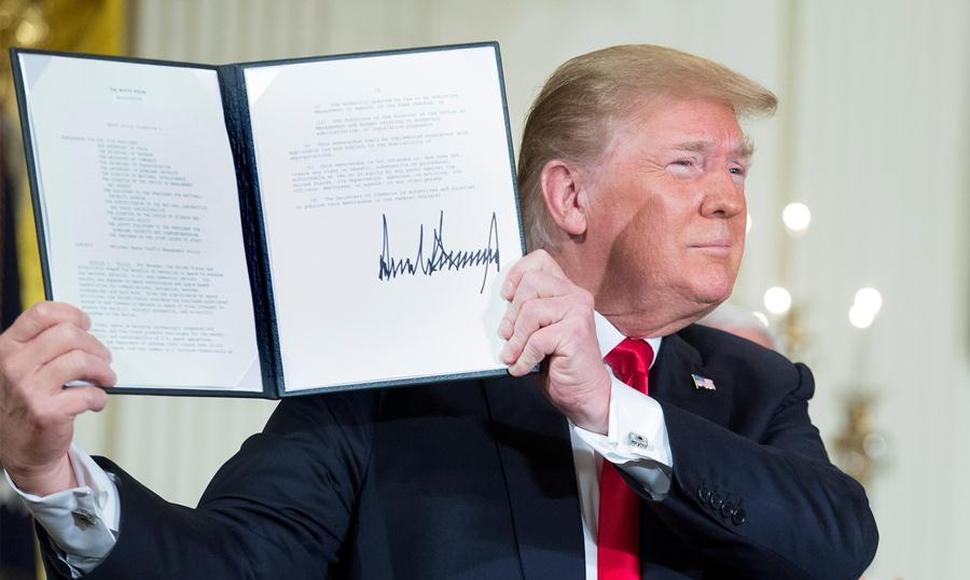 Next week, the United States Congress is expected to approve amendments to the Nicaraguan Investment Conditionality (NICA) Act, and then it will pass to President Donald Trump to sign it.

Through her Twitter account, first Latina in Congress Ros-Lehtinen confirmed that “next week the House (of US representatives) will finally pass my Nica Act and send it to the president (Trump) for his signature.”

The Republican congresswoman and Miami’s longest-tenured congresswoman leaves office on January 3, 2019, added that “this way we will put additional sanctions against (Daniel) Ortega and his tíreres (puppets), for more than 10 years of abuse, corruption and dismantling of democratic institutions in Nicaragua.”

On November 27, the United States Senate unanimously approved the Nicaragua Human Rights and Anticorruption Act of 2018, which seeks to impose additional sanctions on Nicaraguan regime officials and which establishes the amendments to the Nica Act promoted by Ros-Lehtinen and other Democratic and Republican senators.

The NICA Act ensures that the U.S. continues to respond accordingly by cutting off Ortega’s access to money until much needed electoral and human rights reforms are implemented. This bill also includes legislation giving the U.S. administration additional authorities to sanction more regime operatives, as well as Marco Rubio’s amendment that seeks to hold accountable any regime that provides assistance to help Ortega stay in power.

As Ortega expands his cooperation with Venezuela, Cuba, Russia and other regimes, Nicaragua is both a security threat to the U.S. and an enemy to regional stability.

“The House has acted on my legislation twice and I look forward to working with our leadership to ensure swift passage of this legislation once again. We must send this bill to the President’s desk and continue building a multi-layered U.S. approach that helps the Nicaraguan people break free of Ortega’s despotic rule,” wrote Ros-Lehtinen.

Once the law is passed to President Tump, he will have ten days to sign it, and what he will sign will be a merger between the Nica Act and the Human Rights and Anticorruption Law of Nicaragua, which was pushed separately by Democratic Senator Bob Menendez.

It is presumed that President Trump will sign it expeditiously as the president in anticipation of the bill issued an executive decree declaring a national emergency for the United States before the actions taken by the Government of Nicaragua against those protesting during the demonstrations unleashed since last April.

The Nica Act establishes that the US will exert its influence in multilateral financial organizations so that loans for the Government of Nicaragua will be frozen until there are changes aimed at the establishment of democracy and the strengthening of institutions, which includes the independence of the powers of the State, in this case the Legislative, Executive, Judicial and Electoral Power.

ROME — Italy is to require the country's entire...
Investing In Costa Rica