ANTIGUA, Guatemala (AP) Leaders at a summit of Ibero-American nations called Friday for development and assistance for the poor to alleviate waves of migrants fleeing poverty, violence, political instability and persecution in the Americas.

More than a dozen presidents and King Felipe VI of Spain met in the colonial Guatemalan city of Antigua as large numbers of people have been migrating from places such as Venezuela and parts of Central America. Thousands of mostly Hondurans traveling in a caravan have been arriving in recent days at the Mexican city of Tijuana, across the border from San Diego.

Mexican President Enrique Pena Nieto called on leaders to sign a global pact on migration in Morocco next month.

“It is true that the best way to avoid having people migrate involuntarily is by promoting, among other things, internal development in our nations,” Pena Nieto said. 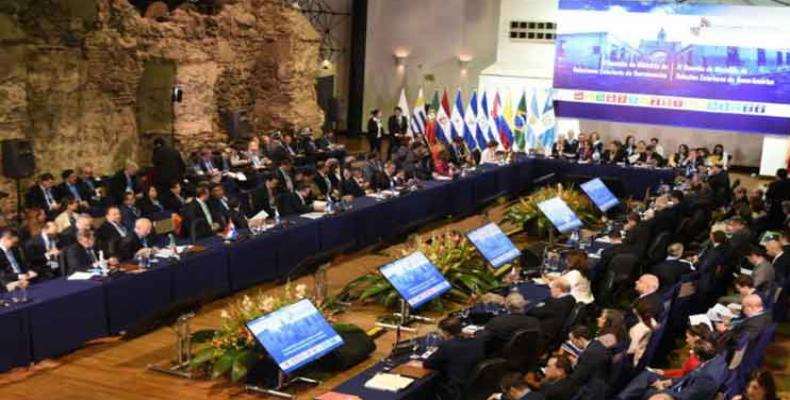 Honduran President Juan Orlando Hernandez blamed emigration from his country on a coffee crisis and climate change, which he says has caused droughts.

Migrants in the caravan have said repeatedly that they left due to poverty, violence and insecurity in Honduras.

As thousands of migrants in a caravan of Central American asylum-seekers converge on the doorstep of the United States, what they won’t find are armed American soldiers standing guard.

Instead, they will see cranes installing towering panels of metal bars and troops wrapping concertina wire around barriers while military helicopters fly overhead, carrying border patrol agents to and from locations along the US-Mexico border.

That’s because US military troops are prohibited from carrying out law-enforcement duties.

What’s more, the bulk of the troops are in Texas — hundreds of miles away from the caravan that started arriving this week in Tijuana on Mexico’s border with California after walking and hitching rides for the past month.

Still, for many migrants, the barriers and barbed wire were an imposing show of force.

Tijuana’s beach where a wall of metal bars more than 20 feet high cut across the sand and plunged into the Pacific witnessed crews on the US side placed coils of barbed wire on top.

“It’s too much security to confront humble people who just want to work,” said Ulloa, a 23-year-old electrician from Choloma, Honduras, who joined the caravan to try to make his first trip to the US.

Now, he and his two friends were rethinking their plans. They tried to apply for a job at a Wal-Mart in Tijuana but were told they need a Mexican work permit. So they were considering seeking asylum in Mexico but were unsure of giving up their dream of earning dollars.

On Friday, people walking through one of the world’s busiest border crossings into Mexico passed by a pair of Marines on a 20-foot lift installing razor wire above a turnstile.

Nearby Army Sergeant Eric Ziegler stood guard with another soldier. Both were military police officers assigned to protecting the Marines as they work.

He said he was surprised when got his deployment orders sending him to the US-Mexico border.

“But I’m happy to go where I’m needed” he added as a man walked by carrying shopping bags headed to Tijuana.