The 16th annual “Icaro” Central American Film and Video Festival opened in El Salvador with the screening of recently released Salvadoran films and videos. Leticia Giron, of the organizing committee, told the Prensa Latina news agency that the main objective of the festival is to gather and promote regional work in film and video. 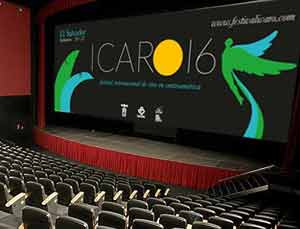 She said that the festival has become a celebration where national producers, directors and script writers present their works to be analyzed by an international jury and then represent El Salvador at the Guatemala International Festival, the international Icaro.

Among the international jury members at the 16th festival is Cuban actor and director Jorge Molina, who is also a professor at the San Antonio de los Baños International Film and Television School and Higher Institute of Art, and well known in this country for his performance in the Cuban film “Juan de los Muertos”.

At the opening ceremony, Florence Jaugey’s documentary “El engaño”, (The deceit), which tells the stories of women who are victims of human trafficking, and a short animation by Salvadorian director Pilar Colome “Yoselin y el coyote” (Yoselin and the coyote) were screened.

The 16th festival will close on Saturday the 28th, with additional screenings in the cities of Santa Ana and San Miguel.