ICE Pays Millions Of Colonees In Rent For 5-Person Building 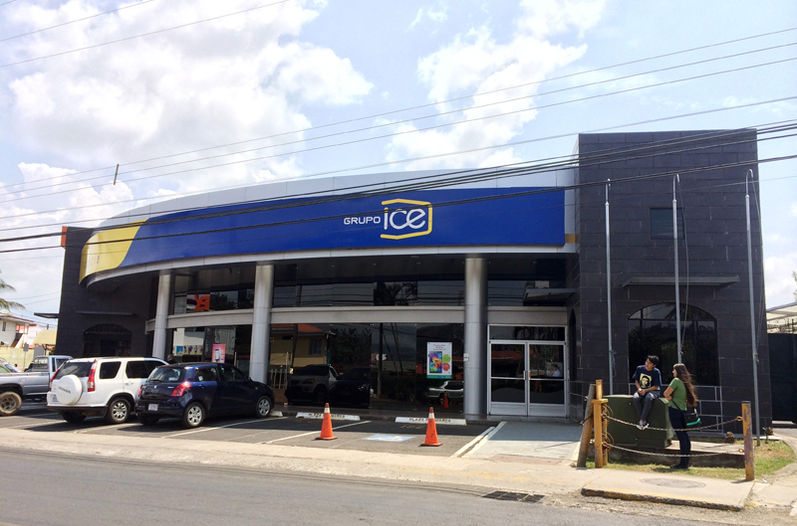 QCOSTARICA – Reason No. 5892 for why the Instituto Costarrisense de Electricidad (ICE)’s electrical rates are so high: the inefficient and bloated state-owned company pays ¢7 million colones monthly for a rental building housing five employees.

The building is a very neat affair in downtown Palmares in Alajuela province.

The state electrical power monopoly has leased the building since 2008. If one uses employees per building as a guide, reported La Nacion, this is the costliest of all the building in the country that ICE rents. The paper contrasted this with the building ICE leases in downtown Alajuela costing only ¢4.4 million and housing 40 workers.

Even a better comparison is the workplace of six employees in another part of Alajuela costing only ¢1.3 million. ICE spokesman Elberth Duran, given the unenviable task of explaining the expensive oddity said buildings are not evaluated by the number of employees at the windows to serve the public. (?)

He added that not only does the building house ICE but also the Kolbi Internet firm and has storage for equipment used in maintaining electric lines. It also serves as a temporary housing for technicians “in transit” for jobs of servicing phones and such.

ICE placed the private firm Ejecutivos de Lirio Blanco S.A. in charge of contracting the Palmares facility in 2011 and the extended contract lasts until 2017. La Nacion attempted to obtain commentary from the company but a spokesperson said the ICE contract forbids divulging “any kind of information whatsoever.”

Simply for rental of 99 branches, including 15 administrative offices, ICE pays some ¢293 million colones per month. In 15 of these, two or three workers labor while in five or fewer work in 29 of them. ICE announced in late 2014 that it planned to renegotiate rents while building a new ¢23.3 billion colon structure near its current Sabana headquarters.

That would permit relocating 610 employees spread out over the metropolitan area by 2016.It would also eliminate 10 buildings it now occupies. This would result in a ¢1.3 billion savings annually according to ICE president Carlos Obregon.

Article by iNews.co.cr, with editing by the Q!