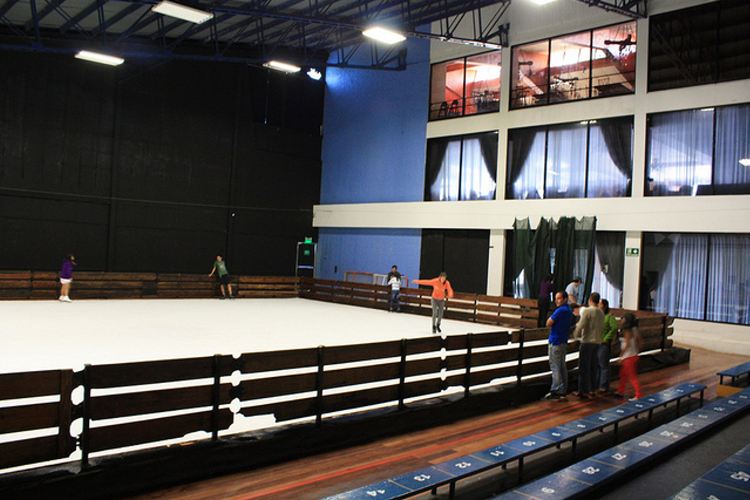 When people retire they find themselves with a lot of spare time on their hands and have to decide what to do with it. In previous blogs I have stated that this should not pose a problem in Costa Rica since there is so much to do here.

Many who retire to Costa Rica come from places with cold winters like Canada and parts of the United States. A lot of these people don’t miss the cold winter weather but do miss the activities associated with it like alpine and cross country skiing, snowmobiling and ice skating. Unfortunately, due to Costa Rica’s spring-like climate the only activity that can be practiced here is ice skating.

Few expats and retirees know that there is an ice skating rink in Costa Rica located at the Castillo Country Club in los Angeles de San Rafael de Heredia. In fact, it is the only rink in all of Central America. The country club has offered this one-of-a-kind facility for the last 43 years. Recently, it was completely revamped and expanded at a cost of US$1.5 million dollars. The new rink has an area of 600 square meters and is highly energy efficient. The same cooling system that makes the ice also produces heat, so it can be used to warm the club’s jacuzzi, swimming pool and showers.

The ice skating facility is for the country club’s members but their guests can also use it. The club will provide ice skates for those who don’t own a pair.

In addition to ice skating the club offers 60 barbecue areas for parties and family gatherings, a heated pool for children and another one for adults, a sauna, a gym for weight training, two large banquet rooms, two tennis courts, playing fields, a 18-hole miniature golf course and La Reina restaurant and El Rey Sports Bar.
.
By the way, it is not prohibitively expensive to become a member of the Castillo Country Club. See http://www.castillo.cr/club_info.html for details.

HQ - The appearance of pests and diseases, in particular the 'dragón amarillo' (yellow dragon), the impact of the weather and a sharp drop...
Coronavirus