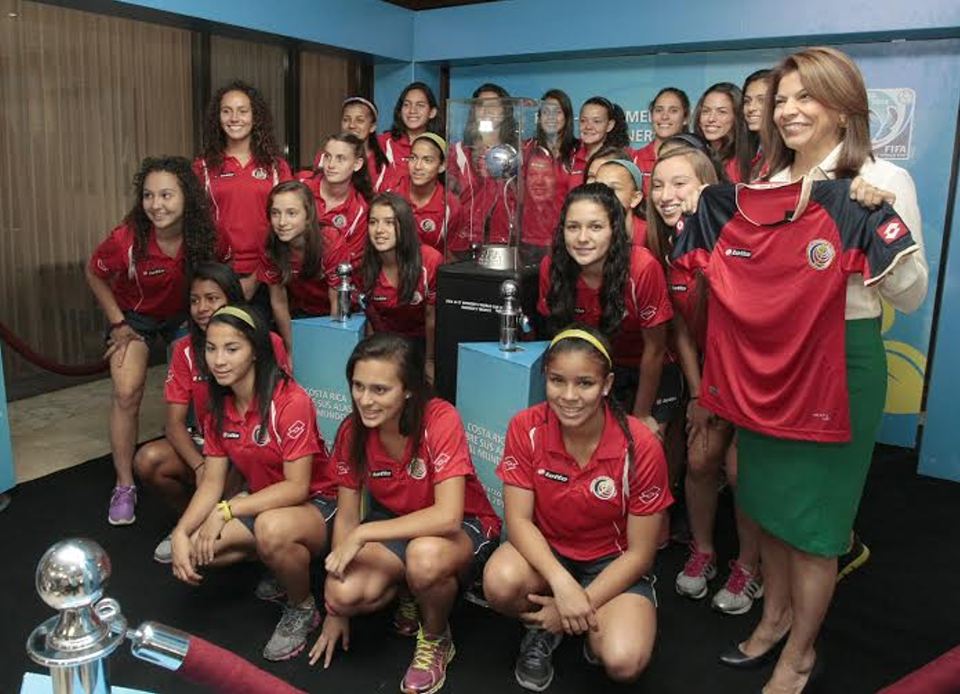 In this photo posted on CasaPressidencial.cr, Presidenta Laura Chinchilla hams it up with Costa Rica’s FIFA U-17 Women’s World Cup team.

The 2014 FIFA U-17 Women’s World Cup is the fourth edition of the tournament since its inception as a competition in 2008. Hosting rights were originally awarded to Costa Rica, then stripped on 28 February 2013 due to problems in stadium construction.

After receiving guarantees from both CONCACAF and the Costa Rican government, they were re-instated as hosts at an executive committee meeting in Zurich on March 21, 2013.

The competition will is being played from 15 March to 4 April 2014. The final was originally scheduled on 5 April, but was brought forward one day due to government elections.