ICE Wants To Pass On Blunder To Consumers 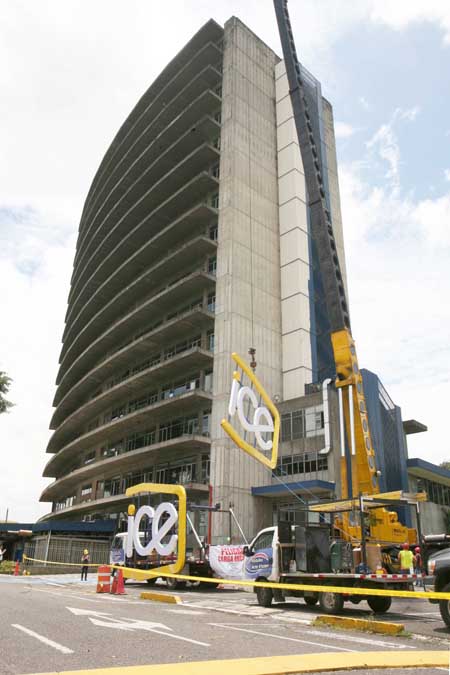 COSTA RICA NEWS – The Instituto Costarricence de Electricidad (ICE), the state electrica energy monopoly, would like to pass on a little error — only ¢10 billion or so colones worth — to consumers. The monster bill was given to ICE by the state refinery, the Refinadora Costarricense de Petroleo SA (RECOPE)  for a special low-sulphur diesel for its Garabito petroleum-fired generator.

But right now, it has not been decided whether ICE or RECOPE will wind up paying the bill. That will be decided by the public utility rate watchdog agency, the ARESEP. Whatever the decision, consumers are going to pay through the nose for this royal bureaucratic foul-up.

Mayid Brenes, one of the directors at RECOPE, confessed to La Nacion that the decision is a toss up. “We’ve had meetings to parse the numbers to arrive at a joint proposal for ARESEP because we both (RECOPE and ICE) have regulated prices,” Brenes said.

But the situation promises to get ugly since last May when Luis Pacheco took over at ICE as manager and submitted to the court a collection suit for the money. Known as “gourmet bunker,” the fuel for the Garabito generators is recommended by technicians for its cleaner burning.

Generation using fossil fuels is vastly more expensive than environmentally friendlier fuels but the two agencies worked out an agreement on price in 2011. ICE agreed to pay the higher cost of the special importation of the fuel. But then ARESEP established a new cost in July 2013.

But when Recope decided to bill ICE retroactively back to 2010, ICE balked. Luis Carlos Solera of Recope explains that the more expensive bunker (oil fuel for the generators) was both to ensure electrical service for the nation. Not surprisingly, ICE always uses the same argument when they trip over their shoe laces.

But don’t worry — you, the consumer, will wind up paying, either at the light switch or the gas pump.