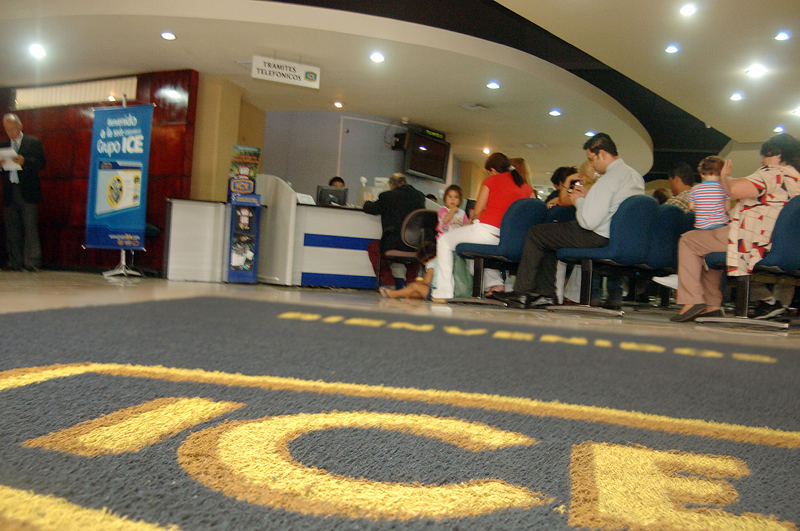 (QCOSTARICA) The Institutio Costarricense de Electricidad (ICE) worker’s union, the Frente Interno de Trabajadores (FIT), is threatening a general walkout if the telecom regulatory agency does not withdraw the ¢2.157 billion colones fine against the state agency.

The Superintendency of Telecommunications (Superintendencia de Telecomunicaciones – Sutel) last month fined the ICEICE, resolving in favour of a complaint by Telefónica de Costa Rica (Movistar), finding the state telecom on two occasions, in 2011 and 2012, engaging in anti-competitive practices to the detriment of competitor Movistar.

Fabio Chaves, head of the FIT, alleges that the regulatory body “favours ICE competitors” and the workers will take to the streets to defend the institution and to take advantage of the situation to protest against the proposed Contingency Electric bill (which, among other things, proposes to increase from 15% to 30% the participation of private power generators).

“We are going to give the Sutel a reasonable time to withdraw the fine, or else there will be protests,” said Chaves.

The union is also calling for the resignation of several leaders of the Sutel and a Legislative Assembly investigation.

QCOSTARICA - President Carlos Alvarado said he has all the confidence in his Minister of Public Works and Transport (MOPT, Rodolfo Méndez Mata, and...
Infrastructure