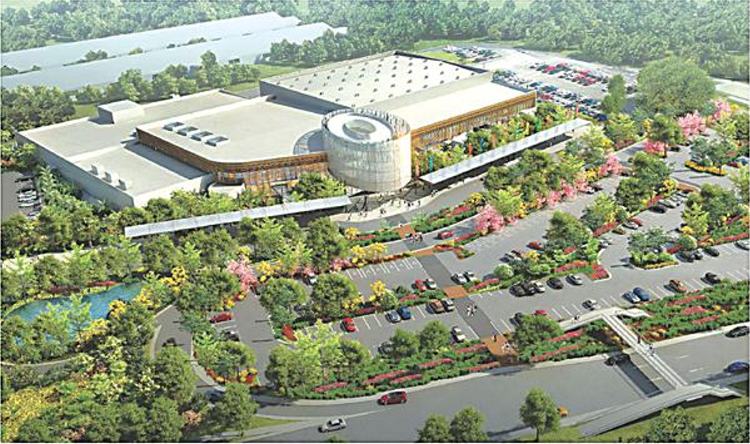 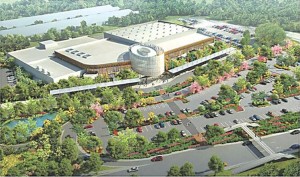 According to the ICT, this number of tourists will generate about US$1.5 million dollars in revenue for the Tourism Board and between US$80 and US$100 million dollars to the national economy, in foreign currency and an additional 175.000 room nights, generating income for hotel operators of some US$7.4 million dollars.

But, nothing is for sure yet.

After delays dating back to President Abel Pacheco (2002-2006) in 2002 declaring the project one of “public interest”, ICT authorities say they have almost everything ready to move to the construction phase and are awaiting budgetary approval from the Ministry of Finance, to raise the spending limit of the institution.

The convention centre building, to be located near the Plaza Cariari, in Barreal de Heredia, will be 15.000 square metres ( 160.000 square feet).

Initially, it was planned that the banks would finance 50% of the work and the ICT the other 50%, but finally the Banco Nacional de Costa Rica (BNCR) and the Banco de Costa Rica (BCR) approved US$6 million dollars each, leaving the ICT to finance the remaining US$15 million of the US$27 million total.

However, the final cost will be much higher, about US$35 million dollars,  when taking into account work not included in the “detailed budget” for work carried out by Gensler, the company awarded the contract for the preparation of the construction drawings and technical specs, etc.

Juan Carlos Borbón, general manager of the ICT, says the final numbers of the detailed budget cannot be made public until the bid for the work is published.

Borbón explained, the final cost will still be near the US$27 million dollars since the initial costing didn’t take into account the tax exemptions on materials, for example, for a public works project. But, in the event the cost is higher, the ICT has a “cushion” of savings, as it currently has a surplus of US$26 million dollars.

The National Convention Centre will be built on 10 hectares of land belonging to the Programa Integral de Mercadeo Agropecuario (PIMA) with frontage on the Autopista General Cañas, minutes from the San Juan Santamaría (San José) international airport, major hotels and 15 kilometres from downtown San José.

Critics, however, aren’t buying into the ICT’s numbers, saying the projections are based on 2009 figures prepared by The Innovation Group hired by the CNCC for a market study.

Since then there have been changes in the international market, where there appears to be a reduction in the demand for these services, due to developments in information and communication technologies. Today’s technology reduces the need for large meetings. In addition, at least three companies have since developed their own convention facilities, which would reduce the potential market for the CNCC.

Critics also point out the experience of our southern neighbours, the Atlapa Convention Centre, in Panama, where the government has yet to find a buyer for the US$62 million dollar facility, and after three auctions and no buyer is now talking of cutting the price in half.

Defending against criticism, Borbón says nobody in the country knows the tourism market better than the ICT and its own people have prepared a feasibility study, which without such the project would not have been approved by the banks and the Minsitry of Finance and the Ministry of Planning.

Borbón argues not true the tendency of a reduced international market and that the companies in Costa Rica are no competition to the CNCC. “The hotels have meeting rooms, some with capacity for 900 people or more and international standards, but none can accommodate more than 1.000 people or several conventions at the same time”, said Borbón.

The new Minister of Tourism, Wilhelm von Breymann, says he does not yet know everything about the project, to be able to speak on it responsibly.

- Advertisement -
Paying the bills
Previous articleCosta Rica: PANI Intervenes In First Ever Case of Illegal Adoption By Way of The Internet
Next articleBeaches of Costa Rica: Ostional

QCOSTARICA - The greeting “Good morning! You are calling...
Guanacaste