If Costa Rica Had Army Ortega Would Not Make Threats, Says Chinchilla 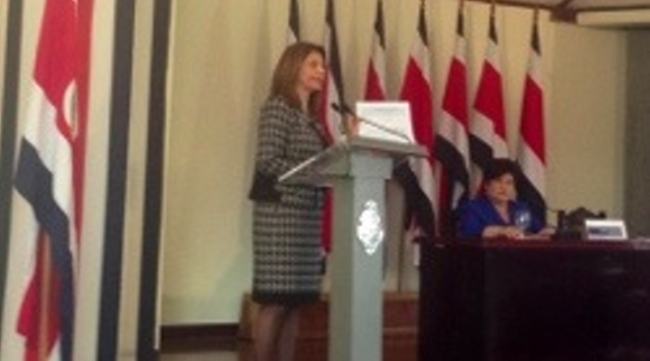 Presidenta Laura Chinchilla said Tuesday that she cannot take “lightly” the recent statements made by her Nicaraguan counterpart, Daniel Ortega, in which he continues to reiterate his claim for Guancaste before the International Court of Justice in The Hague (ICJ).

Chinchilla said the threats might be because Costa Rica is unarmed, and if it had an army, she is sure that the Nicaraguan presient would be acting in this way.

She reiterated that there is no dialogue with Ortega and that she does not believe his calls for a stidown are sincere, because in the past he stood up Costa Rican government representatives.

The Presidenta made her remarks at a press conference following a cabinet meeting.

QCOSTARICA - Costa Rica's legislature approved, in the first debate, a bill that reduces the minimum amount that a foreign pensioner or rentier must...
Rico's Digest