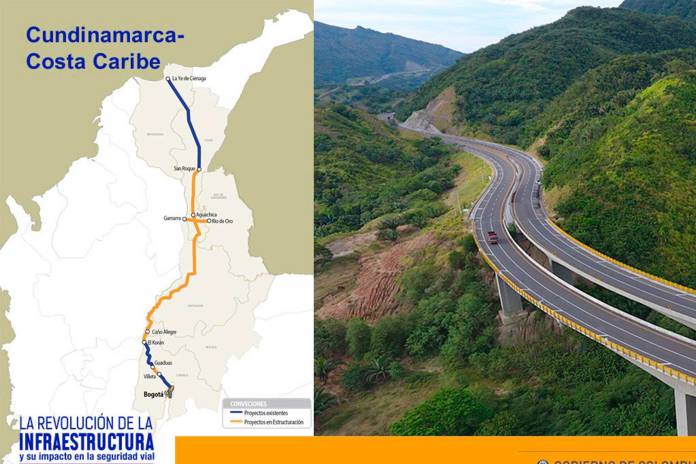 “The Colombian economy is at a turning point, recovering from a combination of external and domestic shocks since 2014 that lowered growth and increased inflation and the external deficit,” says the concluding statement from the IMF mission following their visit.

Predicting a growth of 2.7% for 2018, the team are reporting that inflation should continue to fall, and investment and exports will lead the economy. The IMF sends teams to make annual visits to all 189 member countries, where they meet with government, central bank officials and many other stakeholders.

“Investment in the oil sector continues to be critical for medium-term growth in Colombia,” says the statement, which also highlights the need to diversify. Following the 2014-2015 crash in oil prices that hit the Colombian economy hard, the non-oil sector is essential for sustained growth.

Three areas will be crucial. Firstly, infrastructure: pointing out that poor infrastructure and inefficient transport puts the country at a disadvantage, the IMF team stress that, “completing the 4G projects without delay is essential.” This ambitious government strategy involves improving over 8,000 km of roads throughout the country, in addition to construction at airports, ports and rails.

Moreover, informality continues to be a major issue. While there have been improvements in recent years, close to 50% of urban workers and 60% of rural workers remain informal. What the report does not say is that since these workers are operating outside the system, they are not subject to employment law, nor does the minimum wage apply to them. It is a problem that affects many countries in Latin America and is difficult to solve due to informal labour being so entrenched in society – and because of the complexity and cost of pushing small businesses into regulated tax environments that provide social security for their workers.

Finally, reducing the barriers to international trade – particularly minimising export costs and improving logistics in ports – will be key if exports are to play a part in the recovery. Aside from oil, flowers, coffee and bananas are being exported to countries like the United States, Panama and the Netherlands. Last year the country saw a gain in exports of manufactured goods.

Achieving these reforms would help the country achieve growth that is higher than 3%, as well as creating high-quality jobs.

In addition, the experts say, “There may be some space to further cut the policy rate as inflation converges on target, and as the external adjustment continues.”

One area for improvement in terms of monetary policy is communication. The report comments that last year several unexpected monetary policy decisions were made. “Going forward, the central bank should craft communications that are consistent over time and better spell out the Board’s views on the evolution of policy trade-offs.”

On the plus side, they also report that banks have adjusted well to the economic downturn and that the “regulatory supervisory policy agenda is focused on the right issues.”

Overall, while there are challenges ahead, a more favourable global market and improved oil market, combined with tighter fiscal policies, puts Colombia in a good place for 2018.