In Costa Rica, 500 Women A Month File For Paternity

DNA testing is mandatory and results obtained within five weeks 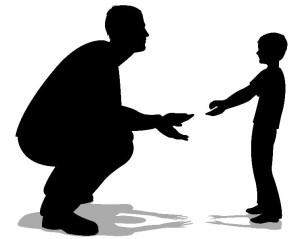 The Registro Civil (Civil Registry) reports that on average it receives 500 complaints monthly of mothers seeking to apply the Ley de Paternidad Responsable against deadbeat dads.

The Responsible Fatherhood Act guarantees children the right to know the identity of their parents. Since its enactment in April 2001 to date, there have been more than 58.000 applications.

The law states that the birth record must first be filed with the mother’s surname and then a request can be made to the Registro to begin the process of identifying (legally) the father. Once notified, the man can, within 10 working days of the notice, to accept the paternity or request a DNA test.

If the man does not respond to the notice, he is assumed to be the child’s father and the birth record is updated.

While it may seem simple enough, the process of notification can be tedious, first locating the man and then effecting notice, which “has to be personally made”, according to Luis Bolaños, head of Inscripciones del Registro Civil (Registration of Vital Records).

The DNA testing is made at the Laboratorio de Genética Molecular de la Caja Costarricense de Seguro Social (CCSS), where there is no waiting list. According to Viviana Arce, lab tech at the CCSS, some 100 DNA tests a week are performed, a process that takes about five weeks and there are no backlogs at present.

Arce added that paternity is confirmed in about 75% of the cases, that is to day that three quarters of the requests confirm the investigation of the Registro and claim by the mother.

According to Bolaños, in the cases where the DNA test is negative, the information is added to the record and the child continues with only the surname of the mother. Until the next investigation, when the process starts all over again.

QCOSTARICA - The week of June 13 to 19 registered a decrease in the average number of deaths due to Covid-19, when 20 daily...
Expat Focus

QCOSTARICA - President Carlos Alvarado said he has all the confidence in his Minister of Public Works and Transport (MOPT, Rodolfo Méndez Mata, and...
Cine (Movies)