In Costa Rica, indigenous farmers change along with the climate 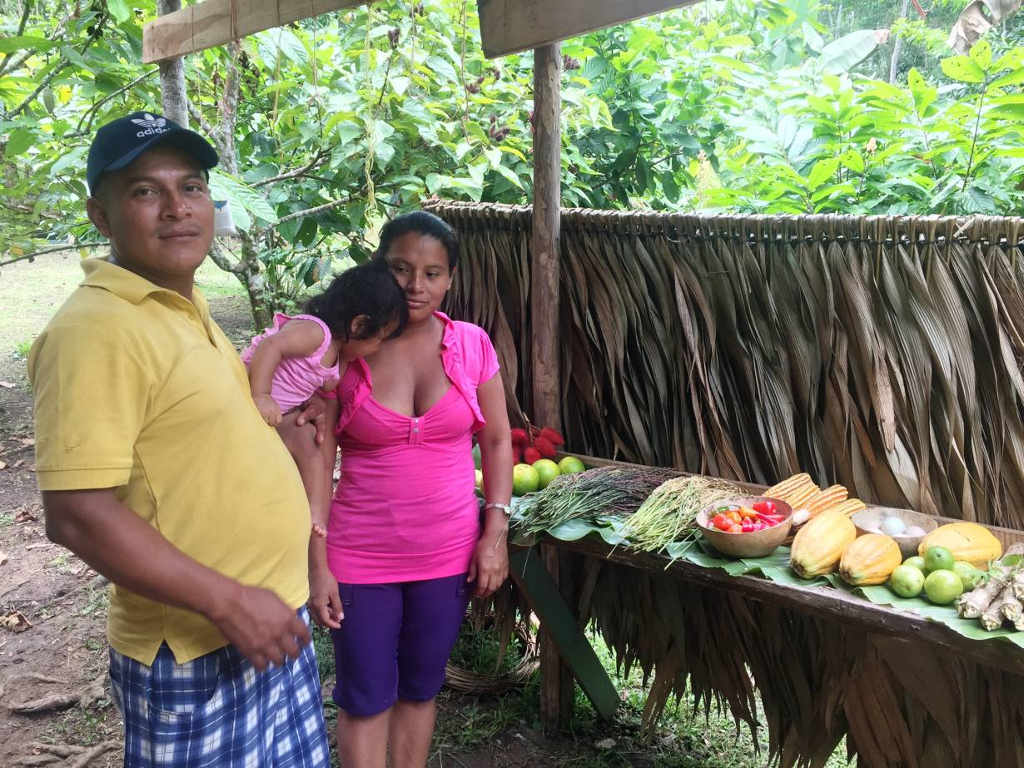 YORKIN, Costa Rica. With erratic rainfall in Costa Rica playing havoc with her harvest, Maura Lupario reorganised her farm to ensure it could keep feeding her family – including getting her husband to give up his harvesting job at a banana company 50km away.

Like millions of indigenous farmers around the world, she always relied on her traditional knowledge. But increasingly unpredictable weather, linked to climate change, has upended her usual sowing and harvesting times, leading to lower yields.

“Before, you already knew in which months you could grow beans,” she told the Thomson Reuters Foundation from her farm in Yorkin Indigenous Reserve on Costa Rica’s southern border with Panama, which is home to about 500 Bribri people.

“But there are changes now. If we sow on the dates we used to, the rain comes early and we can no longer collect on time. You can’t be sure anymore,” said Lupario, who is about 30 years old and has two children.

Costa Rica is committed to addressing climate change, with forests covering about half of the Central American country and ambitious plans to have zero net carbon emissions by 2050.

But its 100,000 indigenous people – about 2% of the 5 million-strong population – with limited access to roads, electricity or health care, also need help to adapt to a hotter, wetter world with less predictable weather.

“What’s important is to not lose traditional knowledge,” said Julio Montes de Oca, an expert on climate change and livelihoods with the International Union for the Conservation of Nature (IUCN) in Central America.

“If you do, you lose options of sustainable production in these communities,” he said, adding that practices like agroecology – where farmers diversify their crops and use land more efficiently – are very resilient to a changing climate.

Spread over 24 remote territories, Costa Rica’s eight indigenous groups must be self-reliant to survive because they depend on the land and often live far from urban centres.

Culture can be a major barrier in adapting to climate change, as it can require significant psychological and behavioural shifts, such as migrating to a safer place, allowing women to earn money outside the home or abandoning herding.

The first step for indigenous communities is recognising that changes are happening in the climate, and that practices will also have to change, which can be hard, Montes de Oca said.

“They want to head in the direction of having more options. When they are limited in knowledge and options, they cannot respond well. Some practices need to be rescued and others need to be discarded,” he said.

Troubled by her falling corn and bean yields, Lupario joined IUCN’s adaptation programme, where visiting experts showed her how to increase resilience in her farm and her community.

“We see climate change in the harvest,” said Lupario, sitting in the dining room of her wooden two-storey home in the middle of the rainforest.

“Our concern is … to protect our food security.”

Most of the Yorkin community are subsistence farmers who rely on their farms to put food on the table. As they live far from towns where they can buy food, boosting yields is critical.

Farmers are encouraged to protect nearby trees and plant seedlings to safeguard local creeks and rivers from soil erosion, floods or drying up because trees help capture water.

Lupario and her husband, Milton Hernandez, decided that he should stop working at the banana company in Puerto Viejo, a town on the Caribbean coast 50 km north of Yorkin, so that he could help out on their farm and boost production.

The daily journey through indigenous territory used to take him about three hours each way, by boat along the Sixaola River and by bus across the Talamanca mountains.

With Hernandez on hand to help plant, weed and harvest, the couple then diversified their farm to grow more than a dozen crops, including corn, cocoa, sugar cane, wheat, pepper and oranges.

“Food variety is … not new,” said Lupario. “White people might call it ‘integral farming’ but we already did it.”

They reduced the area of cultivation to 1 hectare (2.5 acres) from 3 hectares to enable them to care more intensively for the land, using organic fertilisers, and planted trees on the remainder to boost resistance to droughts and heavy rains.

“The community needs to learn how to handle the space we have available and how to give naturally-occurring nutrients to the land,” Lupario said.

They also reorganised the layout of the farm and stopped mixing up the crops so as to use the land more efficiently and make it easier to harvest.

“The animals, the crops … we started putting everything in its own place,” Lupario said.

In spite of the smaller acreage, production has gone up.

“Everything we produce on the farm is for our own consumption,” said Lupario’s husband, Milton Hernandez, tucking into a plate of rice, beans, chicken and salad, all grown in their backyard.

This article originally by Thomson Reuters Foundation appeared on news.trust.org/climate.