A siren could be heard at Radio Monumental when there was breaking news, and the most important news of the day was placed on the big board outside and the balcony for prominent figures, such as the presidents elected in political campaigns.

The last president on the balcony was José María Figueres and First Lady Josie Altman de Figueres, in the mid 90s.

This is how this radio station is remembered when it was on Avenida Central or the “Bulevar” (Boulevard) as it is commonly known. 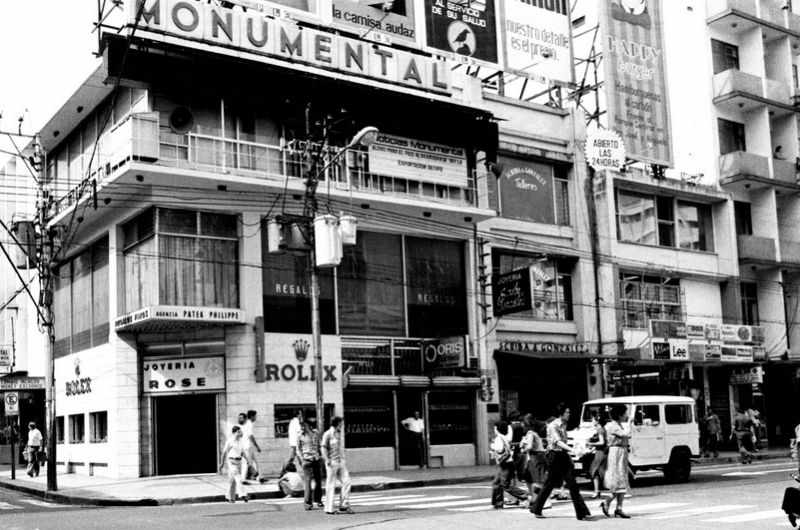 The radio station was founded in 1929 by Gonzalo Pinto Hernández, initially located in Tibas. It was always characterized by its avant-garde spirit since it was the first radio station in Costa Rica to have an AP teletype service and  linking its repeaters throughout the country through getting its signal to be heard throughout Costa Rica, among other things. 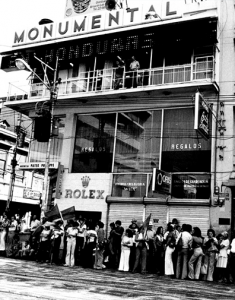 On July 1, 1983, Monumental took a new historical step by becoming the first all news all the time in Costa Rica.

In the 90 years, there have been countless moments that the radio station had reached countless people on the 93.5 FM frequency.  A lot of personalities have sat behind the microphones of one of the oldest and most trusted news radio.

Today, the Radio Monumental is located in La Uruca. It’s properties include a myriad of radio stations appealing to different audiences, such as Radio Reloj, Best FM, Radio Uno, all under the umbrella of Central de Radios (Radio Central).