In These Times of Coronavirus, Bicycling Is OK, Skateboarding NOT 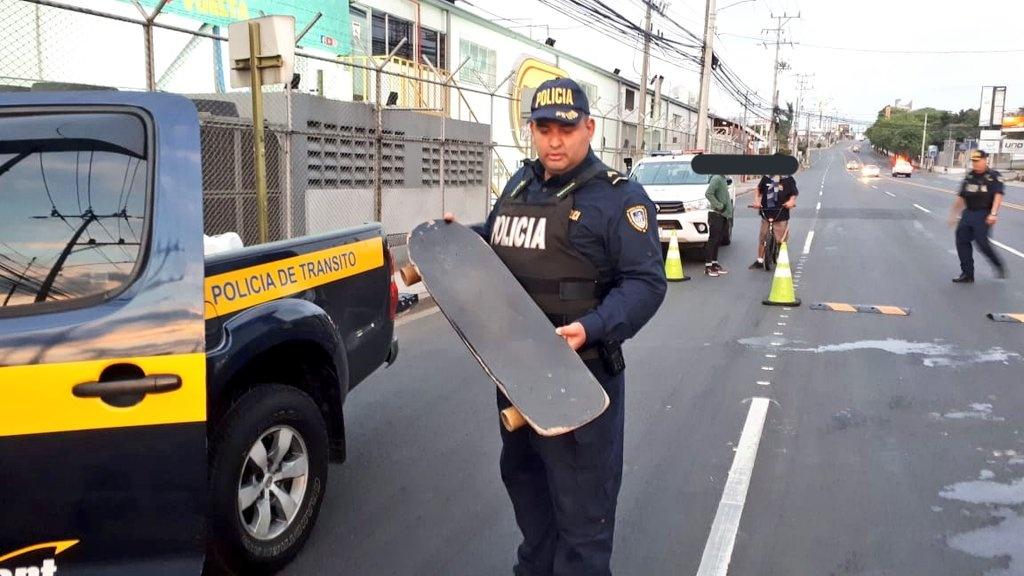 From the, it could only happen in Costa Rica, two young men had their skateboards seized for violating the vehicular restrictions imposed during the coronavirus national emergency.

Juan Ignacio León Duarte, of the Special Operations Group (GOE) of the Traffic Police, reported the two men were intercepted by police, while skateboarding, during a road spot check on Thursday afternoon, April 9, in La Uruca, San José.

The incident occurred on the south side of the Pozuelo factory.

“Yesterday in the afternoon in a device in conjunction with the Fuerza Publica (national police), two subjects were approached, of one of them we managed to seize the skateboard and the other escaped. The police carried out a chase until they arrested him and his skateboard is also confiscated,” León explained.

What does the law say?

Article 124 of the Ley de Transito (Traffic Law), prohibits the circulation, on public roads, of skateboards and other self-propelled devices or not, which are not explicitly authorized in the law or its regulations.

Article 147, subsection Z of the Traffic Law sanctions the violation with a fine of ¢23,000, “without prejudice to the related sanctions, to anyone who engages in any of the following behaviors: Whoever circulates on public roads with skateboards, skates and other unauthorized vehicles, in accordance with article 124 of this law.”

So, based on the above, it is clear skateboards are prohibited. But not bicycles.

In the case of Thursday, the men had their skateboards confiscated and issued the relevant traffic tickets.

- Advertisement -
Paying the bills
Previous articleToday is April 11. We almost forgot.
Next articleDaniel Ortega bests his record of absences in office: 30 days

QCOSTARICA - Half of the victims in traffic accidents are motorcyclists...
Read more

QCOSTARICA - Starting December 1, anyone who wants to...