Daniel Ortega bests his record of absences in office: 30 days 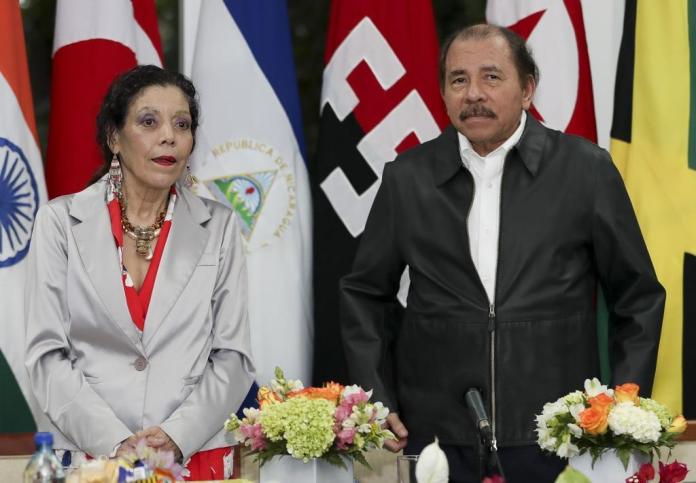 Daniel Ortega has broken his own record of absences in office. After 30 days without any public appearance, the President of Nicaragua passing his longest absent period in the last two years.

The absence of Ortega for more than four weeks, while his counterparts in the region hae taken the lead in responding to the coronavirus pandemic, has reached the world news, being reported in the pages of The New York Times and other international media and fueled speculation that he ill, including infected with covid-19, to his death.

The 74-year-old president has a history of long periods of absence without explanation, as evidenced by the record of his meager schedule of 84 official activities in a total period of 729 days (almost two years).

Ortega’s record had been 28 days, a record he set in early 2019, appearing last on February 21, for the traditional commemoration of the murder of National Hero, Augusto C. Sandino, and reappearing again on March 21.

Ortega became silent as the coronavirus pandemic appeared in Central America. His last appearance in public was on March 12, the first covid-19 case was confirmed in Nicaragua on March 18, when his wife and vice-president, Rosario Murillo, made the official announcement by telephone.

That Thursday, he appeared in the company of authorities from the Ministry of Health and representatives of the Pan American Health Organization (PAHO), to participate in a virtual meeting with members of the Central American Integration System (SICA).

Ortega prefers the private compound, that some call bunker, in El Carmen, his private residence, that he also uses as for run his presidency.

Ortega has practically not said a word about the pandemic, and in his short time, one minute and thirteen seconds before the members of SICA he never mentioned “covid-19” or “coronavirus”, although he admitted to Nicaragua being in an “emergency situation”.

Ortega has been criticized by health experts and citizens for the lack of official measures to prevent contagion, while Murillo — delegated to the public administration and official spokesperson — calls for crowds and invites for marches during Easter.

Ortega’s long absence is seriously affected by the fact that it occurred in the midst of the pandemic, which until the morning of this April 11 has infected more than 1.7 million people worldwide (with more than 109,000 deaths), according to data from the Center for Science and the Johns Hopkins University.

But Ortega’s long absences are so common that he has been called the “absent ruler.” In all of 2020, for example, the president has only been reported in nine official activities, according to his speeches and photographic galleries recorded by the official El 19 Digital, whose publications – which must be reviewed one by one – are the only way to know about his appearances, in the absence of a public agenda or presidential blog.

“Ortega no longer goes to the municipalities to find out what is happening, because, among other reasons, there is a network of top-down relationships, where mayors are at the bottom of the pot, unable to act,” said Silvio Prado, expert in Political Science and municipal issues.

On social networks, Ortega’s absence has not gone unnoticed by Nicaraguans either, and has even been mocked.

“Be like Ortega: stay at home,” reads dozens of memes. In the collective imagination, this new absence of Ortega has been the main proof of the need for protection against the pandemic.

However, those accustomed to the president’s prolonged absences, comment that the caudillo (president) is preparing a “glorious reappearance”, perhaps today, at Easter.

- Advertisement -
Paying the bills
Previous articleIn These Times of Coronavirus, Bicycling Is OK, Skateboarding NOT
Next articleCoronavirus in Costa Rica: 595 confirmed cases, 56 recoveries

QCOSTARICA - The cost of the vehicular inspection will...
Travel