INAMU Invites All To Dance In Respect For Women 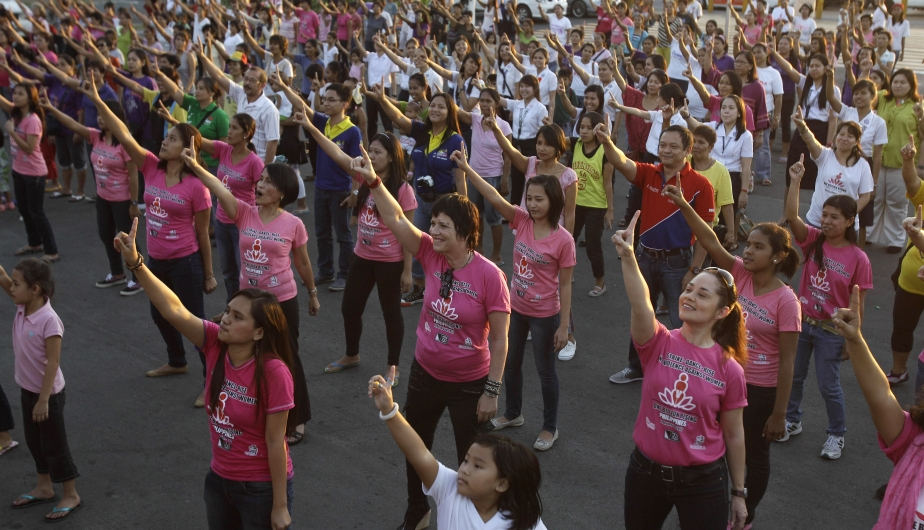 QCOSTARIA – The National Institute for Women (Instituto Nacional de las Mujeres – INAMU) invites everyone to join the movement today, Saturday, February 14, “Un bilón de pie”, to deman the right of love without fear, for liberty an equality for women in our country.

The activity is part of the global action, “One Billion Rising Revolution”, the biggest mass action to end violence against women in human history.  The campaign, launched on Valentine’s Day 2012, began as a call to action based on the staggering statistic that 1 in 3 women on the planet will be beaten or raped during her lifetime. With the world population at 7 billion, this adds up to more than ONE BILLION WOMEN AND GIRLS.

On 14 February 2013, people across the world came together to express their outrage, strike, dance, and RISE in defiance of the injustices women suffer, demanding an end at last to violence against women.  Last year, on 14 February 2014, One Billion Rising for Justice focused on the issue of justice for all survivors of gender violence, and highlighted the impunity that lives at the intersection of poverty, racism, war, the plunder of the environment, capitalism, imperialism, and patriarchy. Events took place in 200 countries, where women, men, and youth.

The event takes place in the Plaza de la Cultura, in downtown San José, from 10:00am to 12 noon.

“The INAMU adheres to this call for men and women uniting to transform the macho culture and build relationships of respect, healthy living and full development for all people regardless of their gender,” said the INAMU president, Alejandra Mora.

QCOSTARICA - Animals trying to cross the road in search of...
Read more

QCOSTARICA - This week there could be very good news for the country in the fight against the coronavirus pandemic if the College of...
Disasters

QCOSTARICA - The Daniel Ortega government sent its ambassador to Costa Rica, Duilio Hernández, as its representative to the summit of Central American presidents...
Weather