“Incompatibility” will be grounds for divorce in Costa Rica

The impossibility of continuing a life in common in marriage, due to incompatibility, will be a new cause for divorce. With a vote of 30 in favor and 14 legislators against, the bill to reform Article 48 of the Family Code, to allow the dissolution of marriage even if one of the spouses disagrees, was approved in the Legislative Assembly. 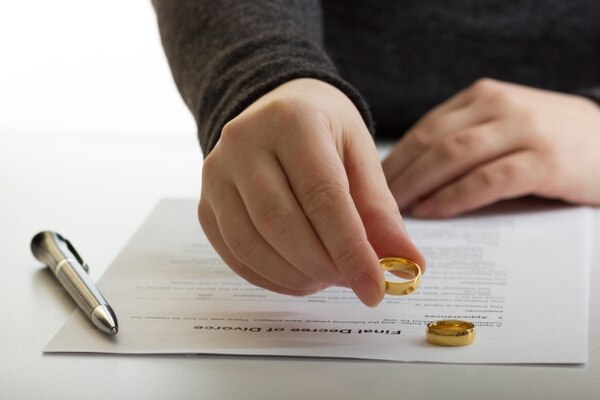 Married couples who have been married at least six months can claim the “incompatibility of characters” as the basis for divorce.

The bill was approved in the first debate on Tuesday.

Voting against the bill came mainly from the legislators of the Restauración Nacional, e and the Nueva República parties, PLN legislator Luis Antonio Aiza and Shirley Díaz of the PUSC.

“The project should not be approved,” said Jonathan Prendas of the Restauración Nacional, who argued that he is not amused that bills by former legislators Patricia Mora are approved. He added that the “incompatibility of characters” is a legally undetermined term, which cannot be verified materially.

“A slight, a word said in anger, an ‘I did not like that toothpaste, you do not lock the door, you never pick up your clothes, wash the dishes, or take out the trash’ can be grounds for divorce,” said the legislator.

The reform was proposed by former legislator Patricia Mora, who is now the current president of the National Women’s Institute (Inamu).

The current law contemplates that adultery, mistreatment and the attack of a spouse or the children, either towards their life or to corrupt them, or prostitute them, that there is a disappearance of one of the spouses or that there is a de facto separation of 3 years, are grounds for divorce in Costa Rica.

What the bill seeks is to add a non-contentious cause where it is not required that there be an accusation or a guilty spouse, in that only one spouse can claim is the impossibility of life in common,” explained legislator José María Villalta of the Frente Amplio.

He said that “current legislation causes that if there is no mutual consent, the law requires to remain married indefinitely or invent a cause for divorce against the other.”

“It is irrational and anachronistic to pretend to force a couple to remain married against the will of one of them,” he added.

The bill is expected to be presented for the second and final debate on Tuesday, February 11.

Kattia Vargas Azofeifa, 44,  was tired of the violence and abuse...
Read more

Annulment Effects on Families with Children

Q24n - An annulment is a process that ends a marriage....
Read more

QCOSTARICA -  With two days before Costa Rica opens its borders to tourists from all over the world, on November 1, the Minister of...
Read more
Economy

QCOSTARICA - The realities of having bad credit. While the government of Panama got foreign investors to lend it US$1.25 billion in September at...
Health

Recent trend of the R rate in Costa Rica: 0.95 “oscillating”

QCOSTARICA - A one-year-old boy with the new coronavirus, has been in the Intensive Care Unit (ICU) of the Hospital Nacional de Niños (HNN)...
Money

QCOSTARICA - The change in the exchange rate of the dollar against the colon is an aspect that causes many concerns and nervousness, not...
News

QCOSTARICA - From this Monday, October 26, Costa Rica eliminated the request for a negative PCR test for coronavirus COVID-19 as a requirement to...