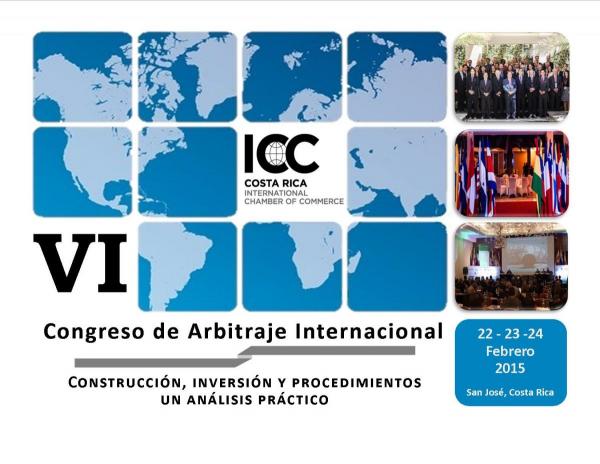 COSTA RICA NEWS – The event, VI Congreso de Arbitraje 2015, which will be held from February 22nd to 24th in San José will focus on the practice of international arbitration in resolving contractual problems in construction projects.

According to the International Chamber of Commerce in Costa Rica (ICC), among the topics to be discussed during this conference are arbitration in Latin America and its current status, recognition and enforcement of foreign awards in Latin America.

The event will be held at the Hotel Real Intercontinental, from 22 to 24 February 2015.

The ICC website says there will be simultaneous  English / Spanish translation.