The goal is to visit the political prisoners 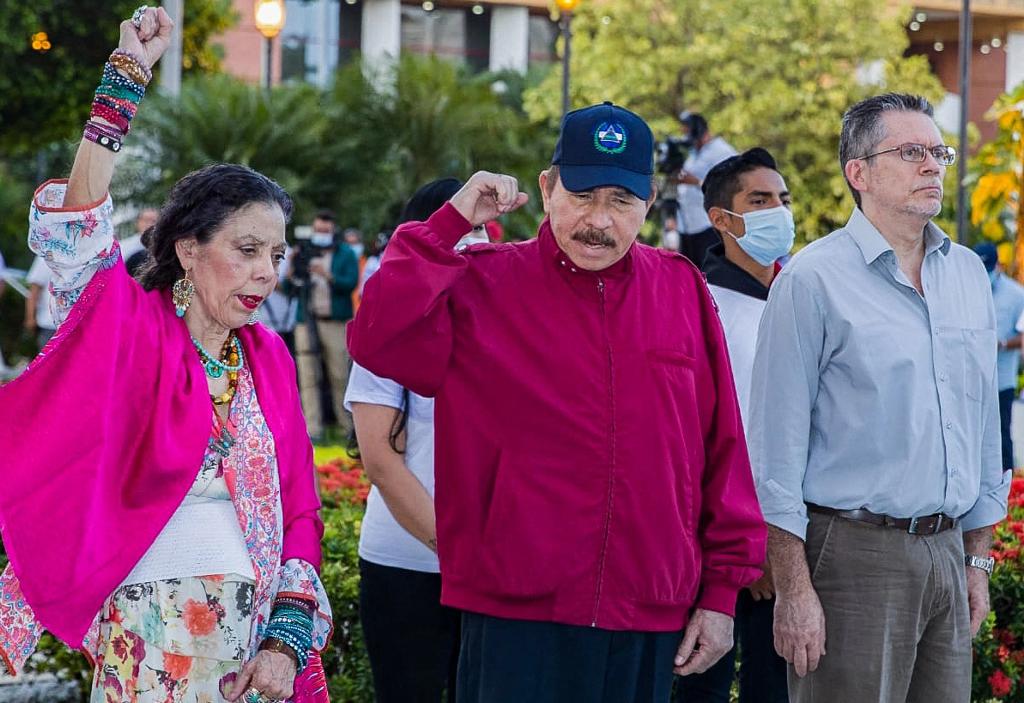 Q24N (CONFIDENCIAL) An international commission composed of parliamentary deputies, social activists and human rights advocates from six Latin American countries will attempt to enter Nicaragua on Friday, July 8, to personally verify the conditions in which over 180 political prisoners of the Ortega-Murillo regime are being held.

The committee, made up of deputies and activists from Argentina, Costa Rica, Mexico, Brazil, the Dominican Republic and Panama, is at the head of a caravan that includes exiles and human rights activists from Nicaragua.

The group will leave the Costa Rican capital of San Jose and proceed towards the Costa Rica-Nicaragua border station at Peñas Blancas.

The weekly internet television news program Esta Noche hosted a conversation with two Argentine members of the commission. They coincided in the opinion that the governing model of Daniel Ortega and his wife should be considered neither “leftist, socialist, nor anti-imperialist.”

“From the economic or political point of view, any way you look at it, the Ortega regime has nothing to do with socialism, with the left or with an anti-imperialist model. It’s important to unmask that pretense,” stated Luciana Echevarria, a deputy from Cordoba province in Argentina, representing the Socialist Workers’ Movement and United Leftist Front (MST – FIT Unidad).

“We’re in a moment of great social polarization on a world level. The right and the imperialists utilize the atrocities of the [Ortega-Murillo] regime to try and delegitimize an entire model, to delegitimatize many [social] struggles,” underlined the Argentine legislator.

“A socialist leader could never become the executioner of their own people, and that’s what’s happening in Nicaragua (…) The only way they can implement their economic and political plan is by force,” she added.

Argentine activist Mariano Rosa, political coordinator of the international commission, said, “one of our initiative’s strong points is that in no way can we be accused of having some kind of relationship with the United States embassy, or with sectors of the right. We’re from the left.”

He explained that the country needs “an international task force for immediate humanitarian support for the life and liberty of the (political) prisoners since in Nicaragua there’s a dramatic situation, one of the most serious in Latin America and internationally.”

“[In Nicaragua] there’s a situation of brutal repression, a dictatorship, a police state, which we consider the opposite of our concept of a left-leaning model,” commented the national leader of the MST-FIT unity and of the International Socialist League.

“Cowardly” attitude of the presidents

The activist noted that Mexican president Andres Lopez Obrador and Argentina’s president Alberto Fernandez have manifested “a cowardly attitude”, and have maintained “a complicit silence” in the face of the Ortega regime’s repression.

“There’s no energetic attitude, there isn’t a clear position or a determination to condemn what’s happening there [Nicaragua]. This has nothing to do with aligning oneself with the Biden Administration’s political camp; it has to do with recognizing that there’s a police state, that there’s no right to protest, that there are 190 [political] prisoners being held in infrahuman conditions,” he commented.

“It’s terrible that all that is done in the name of progressiveness, of the left, of anti-imperialism. We believe that those governments have the responsibility to take a very clear, categorical and conclusive position of condemnation,” he added.

In the case of President Gabriel Boric of Chile and recently elected Gustavo Petro of Colombia, the parliamentary deputy feels the need to wait and see “how those governments go forward, that they don’t merely issue a declaration [of condemnation] but also exercise more international pressure.”

“Sanctions must be established, and a diplomatic rupture with this government [of Ortega’s]. In the end, it seems they’re the tactics that must be advanced if the intent is really to confront a dictatorship in these times,” commented Echeverria.

Silence from the Regime

The international commission has sent requests to be allowed to enter Nicaraguan territory via several channels; however, up until now, the regime hasn’t responded. At the beginning of last June, a delegation affiliated with the Argentine coordinating organization “Encounter for Memory, Truth and Justice” presented itself to the Nicaraguan embassy in Argentina in order to deliver a note to Ortega’s appointed ambassador regarding their planned trip to the country. They weren’t received by the embassy staff.

“We’ve made diplomatic requests at the highest level – through embassies and consulates of different countries of the world. There’s a request through the intermediacy of the Argentine Foreign Ministry, another through the embassy in Managua, but up until now the responses have been evasive,” declared Mariano Rosa, who indicated: “we made a very concrete proposal with a scheduled route” of the jails they wish to visit.

This wouldn’t be the first international commission that the regime has refused to allow into Nicaragua. In the middle of June, the Ortega-Murillo government roundly refused to allow entry or to cooperate in any way with the Commission of Independent Experts named by the UN Human Rights Council, with the aim of investigating the human rights violations that have occurred in Nicaragua between 2018 and 2022.

Echevarria commented that the visit to Costa Rica and the Nicaraguan border – if they’re denied entry – will serve to document the testimonies of relatives of the political prisoners and of those Nicaraguans who’ve been forced into exile, testimonies they’ll include in a report for dissemination in international circles.

“One difference [between this commission] and other organizations is that we’re here putting our bodies on the line, because we believe it’s the way we should confront this regime,” assessed the Argentine legislator.

Read the original in Spanish at Confidencial.digital

- Advertisement -
Paying the bills
Previous articleSecurity and Municipal Police of San José will unite to attack crime in the capital
Next articleDollar and euro are “practically” at the same price internationally: What can be expected in Costa Rica?

QCOSTARICA (Reuters) Costa Rica is readying a plan to...
Cuba