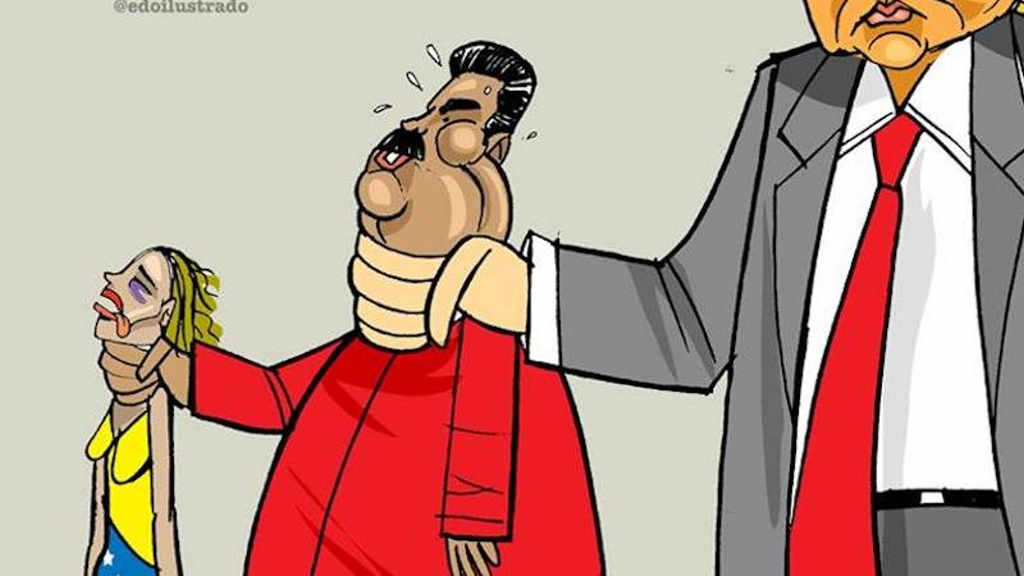 Caracas is a city where everyone knows the dominant political affiliation of each neighbourhood. Basically, the east belongs to the opposition, much of the west to the Chavistas.

Many opposition supporters would be reluctant to venture into the poor barrios where President Nicolas Maduro can still find support, and foreign journalists who visit them are sometimes met with considerable hostility.

But CBC News found only kindness and hospitality when we visited the Marin barrio in San Agustin parish, a towering ridge of cinderblock houses and corrugated iron roofs that is served by a cable car built 10 years ago by the Chavez government at an exorbitant (and heavily padded) price.

Most of the residents CBC News spoke to in San Agustin agreed about one thing: they don’t like Venezuela being threatened with potential military action by the United States.

“It’s been tough for me to sleep, because I’m nervous. I don’t doubt that the gringos, with their desire for hegemony, can invade any country in the world, and that includes Venezuela.

“In history, we have cases where they’ve created an atmosphere, and a self-justification, to allow themselves to invade countries. They’ve been doing it for 200 years, but more recently, they’re doing it right now in Syria. They did it in Libya, and they did it in Iraq.”

‘They’d have to kill everyone here’

Maria Lourdes Rodriguez speaks through the iron bars that cover her window. She apologizes for not opening the door, but she’s cleaning.

She says that for the U.S. to occupy Venezuela, “they’d have to kill everyone here.”

Does she really think they’ll do it?

- Advertisement -
Paying the bills
Previous article“Illegal” Tica Worker Was Present at The State of the Union Tuesday
Next articleFive, Now The Number of Women Alleging Oscar Arias of Sexual Assault