Iran Is Willing to Strengthen Ties with Latin America

LATIN AMERICA NEWS – Iran ratified its willingness to boost and strengthen friendship and cooperation with Latin America, local media reported on Wednesday when assessing the recent meetings between Iranian authorities and representatives of that region. The news agencies IRNA and Fars News, as well as major TV stations, highlighted the expressions of solidarity in Tehran by Latin American government officials who attended a meeting of the Non-Aligned Movement (NAM) on Palestine. 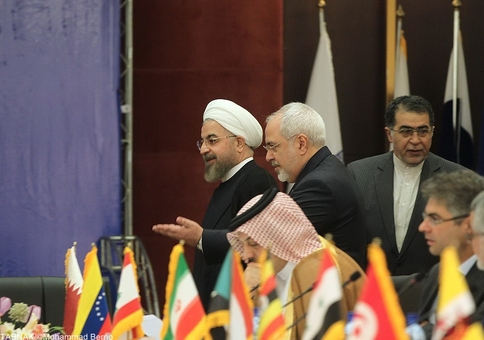 In that context, IRNA noted the stances of Venezuela, Cuba, Ecuador, Bolivia, Argentina Uruguay and other nations of the so-called New World, which coincide with that of Iran, regarding international issues such as the situation in Syria and Iraq, and Israel’s aggression against the Palestinians on the Gaza Strip.

The comments followed a visit to the Islamic Republic of Iran by Venezuelan Foreign Minister Elías Jaua, who told President Hassan Rouhani that his country was willing to boost bilateral ties in all fields.

Rouhani, who traveled to the southwestern province of Chaharmahal-Bakhtiari on Wednesday, told Jaua at the time that Tehran attaches “great significance to strategic and close relations with all independent States in Latin America that resist US hegemony”.

He added that the government is determined to strengthen ties between the two countries (Venezuela and Iran) in all sectors, including the coordination to close ranks against crimes and terrorism, as well as to cooperate in the economic and political spheres.

Sources close to the Iranian Foreign Ministry lauded the continuity of Venezuelan President Hugo Chavez’s legacy and referred to Venezuela’s decision to break relations with Israel, due to Tel Aviv’s hostility against the Palestinians.

Diplomatic authorities confirmed that an Iranian-Venezuelan joint economic commission will meet in September to review agreements worth four billion dollars signed in the field of industrial development in December 2008, according to official statistics.

QCOSTARICA - The President of Costa Rica, Carlos Alvarado, described the persecution of Nicaragua President Daniel Ortega against opponents as reprehensible after the government...
Photos of Costa Rica

TODAY NICARAGUA – In an unprecedented persecution, the Daniel Ortega regime detained four presidential candidates in one week, a move that is part of...
Turrialba