Is Honduras Militarizing its Prison System?

CENTRAL AMERICA NEWS – Around 300 army reserve soldiers are being trained to serve as prison guards in Honduras, a measure that could improve security, but is unlikely to provide a lasting solution to high levels of overcrowding and violence in the country’s penitentiary system. 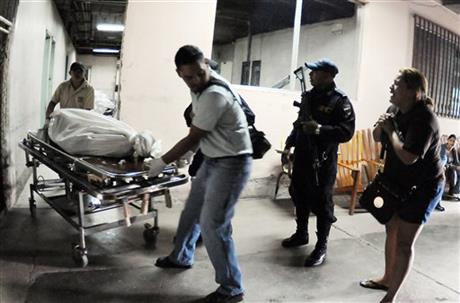 On September 16, Honduran President Juan Orlando Hernandez inaugurated the first course to train members of the army reserve to serve as prison guards, reported Proceso Digital. According to Colonel Francisco Galvez Granados, the Director of Honduras’ Penitentiary Institute, the use of army reserve soldiers as prison guards is aimed at improving security in the country’s prisons.

“What has happened in Honduras is that the penitentiary centers have been converted into crime schools and this cannot go on,” President Hernandez reportedly told the trainees.

Meanwhile, the Commissioner of the Penitentiary Institute has stated that the country’s prisons have received 1,500 additional inmates so far in 2014, bringing the total number up to 14,500, reported Tiempo. In a prison system designed for 8,000 inmates, this means the detention centers are at almost double their capacity.

Honduras’ prison system suffers from high levels of overpopulation and violence, with security often controlled by inmate bosses, known as “bulls,” who charge taxes and impose punishments on other prisoners. This dangerous combination of factors has fueled numerous deadly incidents in the past few years, including a 2012 riot in a San Pedro Sula prison that led to the deaths of at least 13 inmates.

Rather than keeping criminals from harming society, Honduras’ prisons serve as centers for criminal activity. One prison official estimated earlier this year that the country’s prisoners generate around $180 million a year from drug trafficking, extortion, and bank robberies coordinated via cell phones.

While employing army reserves as prison guards may help wrest control of the country’s detention centers from inmates, it will do little to solve the problems that stem from overcrowding. Militarizing the prisons also raises human rights concerns over the potential use of military tactics against inmates.

This is not the first time Honduras has turned to the military to tackle citizen security issues. Last year, Honduras created a military police force in the face of a national security crisis. Following a shootout in August 2013 in a prison outside Tegucigalpa, military personnel were deployed to take control of that prison and detention centers in San Pedro Sula for a 90-day period.

QCOSTARICA - Costa Rican President Carlos Alvarado is just another citizen when it comes to covid-19 vaccination, given his young age and good health,...
Economic Recovery

QCOSTARICA - Costa Rica's economic activity registered in April 2021 a year-on-year growth of 8.8%, a figure affected by a “base” or “rebound” effect,...
Photos of Costa Rica

QCOSTARICA - The Caja Costarricense de Seguro Social (CCSS) reports that 70.3% of people over 58 years of age, the so-called Group 2 of...
News