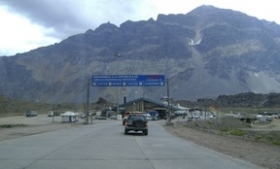 LATIN AMERICA NEWS – Authorities in Bolivia have identified a network of Peruvian coyotes dedicated to smuggling Dominicans into Chile, highlighting how economic changes have spurred the development of new migration patterns and accompanying criminal networks.

According to the attorney general of Bolivia’s Oruro province, Orlando Riveros, a network of Peruvian coyotes operates in Oruro. The Peruvians have smuggled Dominican migrants over the border into Chile and trafficked men and women for forced labor and sexual exploitation, reported La Razon.

Riveros stated that the Peruvian coyotes transport migrants in buses from Desaguadero, Peru to Oruro, where they spend the night before crossing the border into the Chilean municipality of Pisiga with falsified documents and continuing on to the coastal city of Iquique, reported El Universo.

“The ‘Chilean dream’ is sought after by Dominican migrants,” the official reportedly stated. He suggested Bolivia’s migration agency review the status of Dominicans, who are currently allowed to enter the country without a visa.

According to El Universo, there are also indications that Haitian migrants are being smuggled into Chile.

Chile’s strong economy attracts migrants from throughout Latin America and the Caribbean, which — as evidenced by the group of coyotes in Oruro — has seen the rise of networks dedicated to human smuggling. In addition to migrants from the Dominican Republic and Haiti, thousands of Bolivians migrate to Chile looking for work. According to the Chilean Consulate in Bolivia, around 20,000 Bolivian migrants live in northern Chile, working mainly in the mining, agricultural, and construction industries.

Unfortunately, the increase in migration has also led to the development of human trafficking networks, which prey on vulnerable migrants. According to the US State Department’s 2013 Trafficking in Persons Report (pdf), migrants from Bolivia, Peru, Paraguay, Colombia, and Ecuador have become forced labor victims in Chile, working in slave-like conditions in the country’s mining, agricultural, and domestic service industries.

Brazil has seen a similar phenomenon as the country has become an economic powerhouse. Human smuggling networks have sprouted up in Peru dedicated to moving undocumented migrants through the country and into Brazil. As with Chile, Brazil has also seen a rise in sex trafficking and forced labor.