Is Oscar Arias Too Old To Run For President Again? 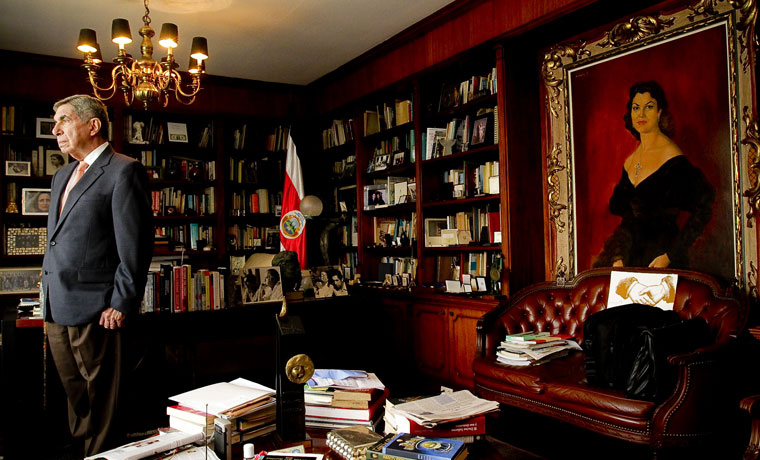 QCOSTARICA – Oscar Arias is planning on running for a third term as President, according to sources within the Partido Liberacion Nacional (PLN) party, while the question remains whether the former president and Nobel Laurate is too old to hold office or not.

Compares with other leaders in the Americas, Arias, who would be 77 years of age, would be almost 20 years older than the average if elected in 2018.

However, age has not been an impeding for many leaders, include Pope Francis (78), presidents of Palestine, Mahmoud Abbas (80) and Singapore, Lee Juan Yew is 92. In Guatemala, at age 79, Alejando Maldonado, last month was elected president.

“Personally, I believe that age has nothing to do with it, he (Arias) would be an extraordinary leader,” said Arias friend and former president of the Legislative Assembly, Francisco Antonio Pacheco.

The challenge would not be to lead the country, but rather the debilitating pace of the political campaign, which could include a tough primary against former president Jose Maria Figueres.

“Arias can virtually manage the country on auto pilot, but you have to first get the votes, take part in debates and other things that demand great effort,” according to political analyst Claudio Alpizar.

The polls place Arias as one of the most respected leaders, with half of Costa Ricans having a favourable opinion of him, according to a CID Gallup poll taken last month.