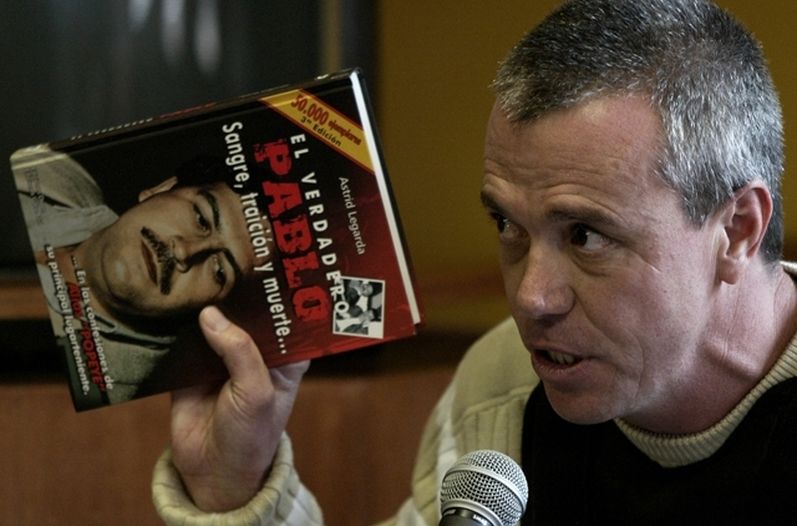 The caravan passing through the gates of the prison consisted of five vans of the INPEC (Colombia’s National Penitentiary and Prison Institute), where at the Albarracín toll station was handed over to the Policía de Cundinamarca and headed for Bogota. 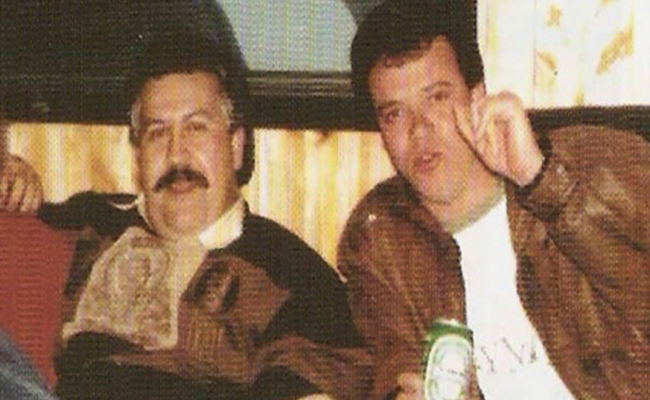 Popeye’s destination is already a mistery. After leaving the custory of authorities in Bogota, he went on his way by private escort. It is not known if he spent the night somewhere in Bogota or headed for his home town of Medellin, where he still has family. And enemies.

This was not other prisoner. Velasquez Vasquez was the head of Colombian drug kingpin Pablo Escobar’s hitmen, nicknamed “Popeye”, confessing to killing 300 people and organizing the killings of more than 3,000 others.

But, Velasquez Vasquez walked free after completing 22 years of his 30-year sentence for the murder of presidential hopeful Luis Carlos Galan in 1989 but won release by turning state’s witness against former justice minister Alberto Santofimio, a rival candidate in the 1990 presidential election who was convicted of ordering Galan’s killing.

His release is “conditional … for a trial period of 52 months and 22.7 days,” said a judicial order seen by AFP.

Now 52, “Popeye” Velasquez has confessed in numerous media interviews to crimes ranging from kidnapping former president Andres Pastrana to murdering his own girlfriend, all on his late boss’ orders.

Popeye says the drug war is unwinnable because there would always be people like him. “People like me can’t be stopped. It’s a war,” he told Jochen-Martin Gutsch and Juan Moreno of Der Spiegel. “They lose men, and we lose men. They lose their scruples, and we never had any. In the end, you’ll even blow up an aircraft because you believe the Colombian president is on board. I don’t know what you have to do. Maybe sell cocaine in pharmacies. I’ve been in prison for 20 years, but you will never win this war when there is so much money to me made. Never.”

In a timeline post of April of 2013 by “Carolina”, on the Facebook page dedicated to Popeye, a page that says its only end is to support Popeye, “without profit or other intention,” the now free man says today he is someone else and want to forget everything and start a new life when he leaves prison.

Asked what his worst deed was for his boss, Pablo Escobar, Velasquez Vasquez says it was having to kill “his woman” his girlfriend, one of two “real women” in his life (the other was the mother of his son, a former Medellin beauty queen that lives outside of Colombia).

“They can call me anything, but I am an honest and decent man,” says Velasquez Vasquez.

Asked what is his biggest secret, Velasquez Vasquez told his interviewer it to be the location of Pablo Escobar’s weapons cachse that authorites have been searching and never been found.

During the interview, Velasquez Vasquez related how he had, while behind bars, been celibate for more than a year because no woman goes bear the prison, other than journalists and lawyers and he didn’t like prostitutes. The last relationship Velasquez Vasquez admits to is with his defence lawyer, just stops working on his case, frigthened off by the situation.

For the last question of the interview, Carolina asks Velasquez Vasquez “how could the man who killed so many sleep peacefully at night?”

His answer, with a smile: “becasuse I have a dead soul.”