It Could Have Been Me! 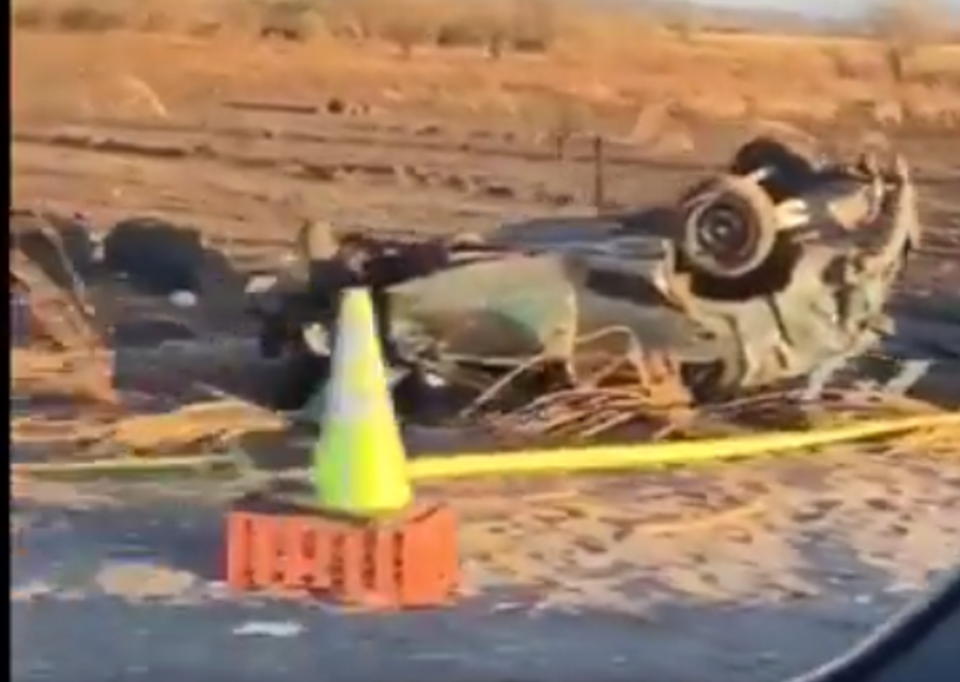 The report “Man Dies After Car Crashes Against Bull in Liberia” is very, very personal to me, for I was on that same stretch of road minutes before the fatal crash. In fact, it could have been me.

I know the road well. It is a long straightaway that runs parallel to the Liberia airport runway. In fact, I spent about 45 minutes a few days ago, on the same very spot, waiting out a protect by fishermen that had blocked the intersection entrance to the airport.

This section of road is dark. There are no street lights. Great for speeding. Minutes before, a couple of kilometers to the site a car passed me and others in front at “todo dar” – full throttle – in the opposing lane. “What a turd,” was my immediate impression of this careless driver, who not only put his/her life at risk but everyone else on the road with him/her.

Moving along, the point where all the street ligthing ends, I see the brake lights of the car ahead of me and swerve as to avoid something on the road. I immediately slow down.

As I approach the point, I see nothing on the road surface, the corner of my eye catches the glimpse of the totally black animal that had crossed the median (yellow double line) standing still (or so it appeared) in the opposing lane. I could swear I saw a second on my right side.

My passenger, having arrived hours earlier at the San Jose airport, asked what was on the road. “A cow,” I calmly replied.

Animals on the road are nothing new in Guana(caste). A cow or horse, though not unusual, I had never come across at night.

My passengers and I continued to our destination, the Papagayo Peninsula.

On my return, headed back to Chepe (San Jose), I had mentally prepared myself to slow down in the event the “cow” was still wandering the road, hoping nothing had happened in the meantime. My thoughts were to call the traffic police or stop at the transito station a few kilometers away. The red flashing lights in the distance already told me what I soon confirmed had happened.

No ambulance. Good. Or maybe not. It was not 2 am. Police waving cars to move on, ‘nothing to see here’. Yeah right.

Thanks to Guana Noticias I learned this morning, after waking from a few hours of sleep, of what had occurred. The victim had been lying under a white sheet waiting for the respective judicial process, the injured had already been taken to hospital. Hence no ambulances.

All the while redacting my report on the Q, my mind all the while regurgitating my moments with the cow, that I now had learned was actually a bull. And have not been able to shake off the thought, I could have been me. Not this time anyways,