It Was a Movin’ Night 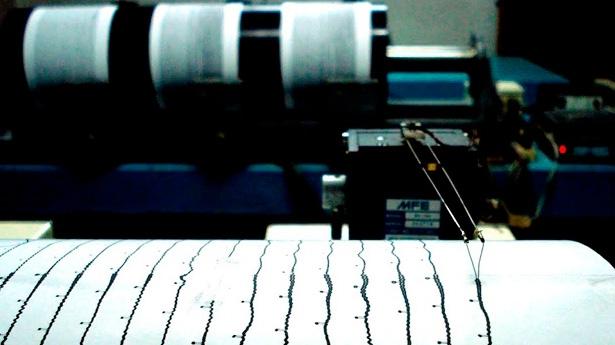 The first regsistered 2.7 on the Richter scale and was felt at 8:22pm, locaed 42km norteast of San Vicente in La Cruz, Guanacaste, at a depth of 300 km.

The second, a little stronger at 2.8 hit 51km norteast of Mexico de Upala, in the province of Alajuela, with a depth of 280km.

The third movement was felt at 8:0pm, registering 2.5 some 16 km of Pochotal in Garabito, in the province of Puntarenas, with a depth of 16km.

QCOSTARICA - After almost three years of starting the work and four before that to the get contract awarded, authorities of the governments of...
Fuel Prices

QCOSTARICA - At 12:01 am this Wednesday, fuels will be more expensive, as the third price hike of the year takes effect. The increase in...
Pura Vida

QCOSTARICA - To commemorate the Bicentennial of Costa Rica that occurs in 2021, Inverse Project has designed the Torre del Bicentenario for this important...
Fashion & Beauty

Q MAGAZINE - Miss Costa Rica 2020, Ivonne Cerdas, will soon be traveling to Florida to represent the country in the Miss Universe pageant. After...
Immigration

QCOSTARICA - Before I get into my opinion of the irresponsible actions of the immigration service and the ICT, good news for tourists who...
Economy

QCOSTARICA - The International Monetary Fund (IMF) finally said yes to the loan for almost US$1.78 billion and to the fiscal adjustment commitment proposed...
News

QCOSTARICA  - Twenty eight Costa Rican's are lining up who want the position that Carlos Alvarado when he leaves office on May 8, 2022,...
San Jose

QCOSTARICA - Public worker unions from the Education, Health, Judiciary, Transport, and public universities, among others, will join forces this Friday, March 5, in...
Health

QCOSTARICA -  How has Costa Rica done during its first year in the fight against covid-19? If you ask the demographer Luis Rosero Bixby,...