Walmart has withdrawn the festive sweater that celebrates cocaine 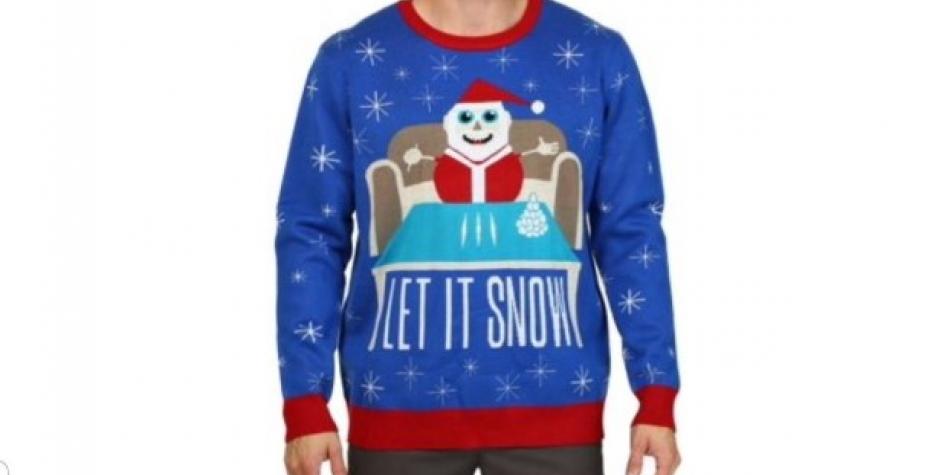 The Colombian government agency, Agencia Jurídica de Defensa (Legal Defence Agency) has threatened to sue Walmart over a Christmas sweater that associated the country to cocaine.

The sweater, offered by a third-party seller on Walmart’s Canadian website featured an image of a bug-eyed Santa Claus seated in front of three white lines. The sweater’s tagline: “LET IT SNOW”.

The director of the Legal Defense Agency, Camilo Gómez, told EL TIEMPO reporters that “the Walmart sweater is an offense to the country that generates damage to the legal products of Colombia, to the country’s reputation, regardless of any circumstance. It is a damage that must be attacked, and although Walmart apologized, the damage was done. ”

“It is a historical heritage, rooted internationally, which comes from the 90s and is the fault of drug trafficking. Noxiously Colombia is seen only as a coca producer. It is a stigma that can not be separated from the increase in illegal crops or the violence they generate, ”Álvaro Pretel, a researcher at the Universidad del Valle, told EL TIEMPO.

For those who weren’t quite sure what the sweater might be suggesting, its product description read:

“We all know how snow works. It’s white, powdery and the best snow comes straight from South America. That’s bad news for jolly old St. Nick, who lives far away in the North Pole. That’s why Santa really likes to savor the moment when he gets his hands on some quality, grade A, Colombian snow.”

On Saturday, the retail giant issued an apology about the sweater and removed it from the Canadian website, along with several other pieces of risqué Christmas clothing.

“These sweaters, sold by a third-party seller on Walmart.ca, do not represent Walmart’s values and have no place on our website. We apologize for any unintended offense this may have caused,” Walmart said in a statement.

But some unsatisfied Colombian officials still believe Walmart should pay for the insulting Colombia-cocaine connection.

According to El Tiempo, the Legal Defense Agency is preparing legal filings and if the chain does not comply, it will move forward with the legal process.

In addition to monetary damages, Gomez, who in 2014 ran to be the country’s vice-president, said Colombia will demand that Walmart promotes legal Colombian products and spends 10 times the amount invested in advertising cocaine-related products.

The funds will be donated to foundations that support the families of members of the police and military forces who were killed or wounded fighting drug trafficking, it said.

“Colombia must be respected,” Gomez said, according to El Tiempo.

“What will the family of a person who died in the fight against drug trafficking feel when a firm like Walmart promotes a bag of cocaine from Colombia?”