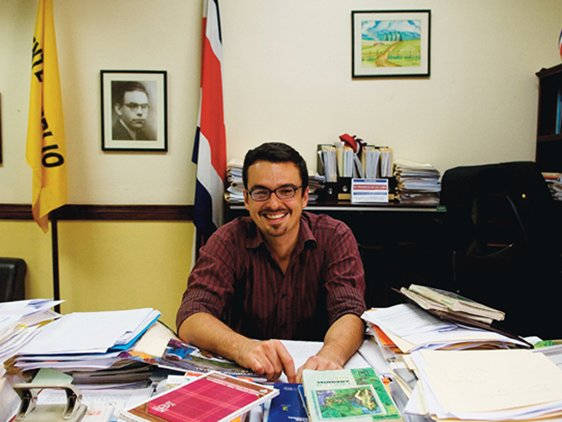 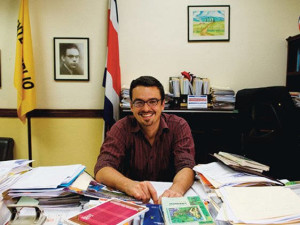 2014 PRESIDENTIAL ELECTIONS – Presidential candidate, José María Villalta, of the Frente Amplio party, says Presidenta Laura Chinchilla is “not corrupt”, but rather she surrounded herself with the wrong people and would not listen to anyone.

According to Villalta, no one, including the biggest critics of the Partido Liberación Nacional (PLN) thought the Chinchilla administration would “this bad”.

“She has not been able to surround herself with efficient and capable people. I think she became isolated, she withdrew in inner circle and never sought out dialogue, political or social, never sought to negotiate with the people”, said Villalta.

The Frente Amplio candidate is in first place, according to the latest poll by Unimer, with two months to go before election day.

The leftist candidate has been a strong critic of Chinchilla and her government.