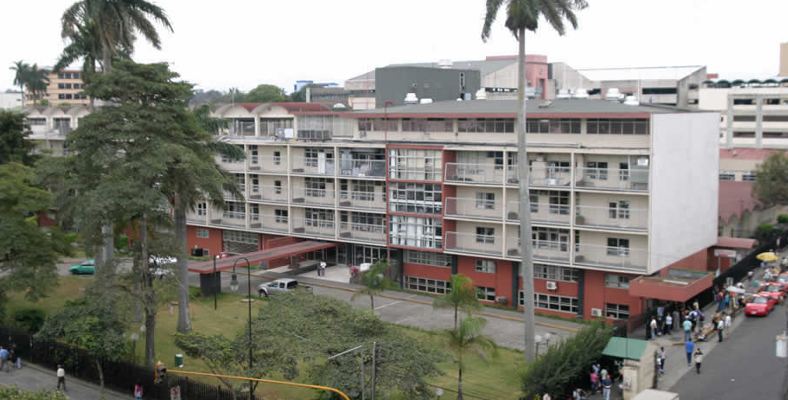 During the surgeon’s first absence, he is accused of making phone calls for a hour and a half and he left early in the second, leaving non-specialist doctors and nurses to finish up. The girl died shortly afterward.

This week, La Nacion revealed that foreign experts inspecting the hospital some years ago had criticized the surgeon’s technique and had recommended his removal. The surgeon has been suspended for four months, said the hospital.

The HNN has long been held up as an example of what a poor country can do if the citizens pitch in to protect their children. Nevertheless, the hospital has a 23% fatality rate for this type of operation, abnormally high. Neither Dr. Rodolfo Hernandez, the director, nor subdirector Dr. Orlando Urroz, were present during the OIJ raid.

La Nacion revealed a 2009 report by U.S. experts reviewing the hospital in which, according excerpts quoted,  the report flatly criticized the surgeon’s technique and recommended he be replaced. The report cited on operation where there were accidental lesions in the heart and artery structures.

The report also indicated that, even then, the surgeon was receiving phone calls during surgery which the inspectors called “a distraction potentially perilous.” The medical specialists pointed out that a previous inspection had revealed similar defects in this surgeon in 20006.

“The fact that this same surgeon (surnamed Alvarado) who was identified as problematic continues in leadership of the cardiovascular program three years afterward,” read the 2009 report, “(although monitored by another surgeon) indicates the institution’s incapacity or lack of will to resolve these problems, to the detriment of Costa Rican children with cardiac problems.”

The tiny baby’s parents, alerted to anomalies by anonymous phone calls, presented a criminal negligence complaint against the 57-year-old surgeon. They claim at first they received encouraging reports about the results of the operation before being informed of her death.

Infant mortality from heart surgery at the hospital is around 23%, far above the world median of 3% to 4%. Despite this figure, after the 2009 report director Hernandez rejected the validity of the 2009 report by foreign experts, from a Texas hospital and a prominent Argentine surgeon Dr. Rodolfo Neirotti.

In 2011 a hospital internal audit also warned of inadequate surgical techniques, anaesthesia and methods of keeping the child alive while the heart is stopped. In 2012, the hospital denied the figures and said that mortality from cardiac surgery was only 8% but published no study to back up the figure.