A reminder that Thursday July 25 is a national holiday in Costa Rica, commemorating the 189th anniversary of the Anexión del Partido de Nicoya a Costa Rica. 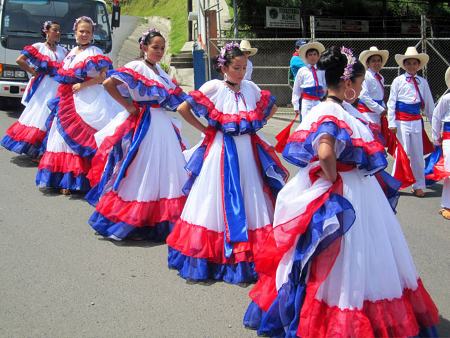 ‘Guanacastecos’ have always been well identified with Costa Rica and take pride in being a part of this country.  Proof of this is their famous slogan ‘de la patria por nuestra voluntad’, which means ‘part of this country by our own choice’.  This annexation by choice celebrates Costa Rica’s core values of democracy.

The Guanacaste Day is celebrated with a nationwide public holiday and bustling celebratory activities and events, especially in the province of Guanacaste.  On public holidays, all banks, government offices, post offices and other commercial centers close, thus evidencing the great importance of the Guanacaste Day.

This is a list of national holidays in Costa Rica.

Today, Saturday, June 12, only ODDS can circulate. The measure is countrywide and applied between 5:00 am and 9:00 pm, save for those under the...
Tourism

QCOSTARICA - This Sunday, the Guanacaste Airport - a member of the VINCI Airports network - received the first of the daily flights from...
Redaqted

QCOSTARICA - Fifteen months after the national emergency against covid-19 was declared, Costa Ricans will have a digital platform where you can be notified...
Reports

The small Central American country of Costa Rica is known to be one of the top locations to retire, but it is also known...
Economic Recovery