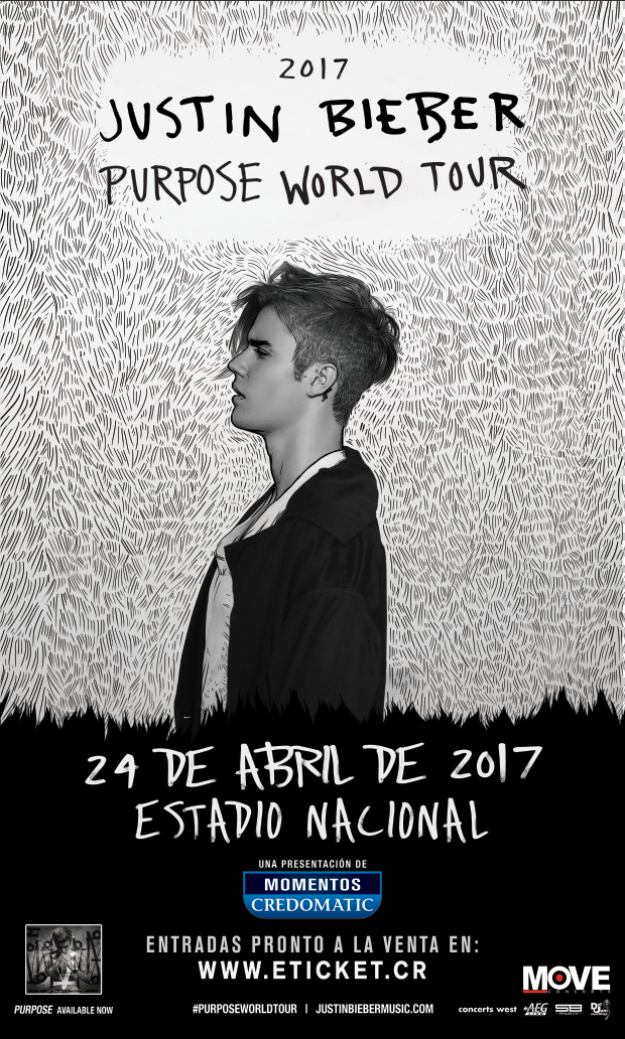 (CONFIDENTIAL) Knowing the insane hype surrounding Justin Bieber, 22, it’s safe to assume his Costa Rica date in April will be beyond sold out.

Justin, starting in February 2017, will travel across South America, giving the Latinas the opportunity to see him live. The Latin America tour will kick off in Guadeloupe, Mexico and end in San Jose, Costa Rica in April.

The Costa Rica concert will on April 24, 2017 at the Estadio Nacional (National Stadium) .

Tickets are being sold online at eticket.cr and at authorized points of sale. 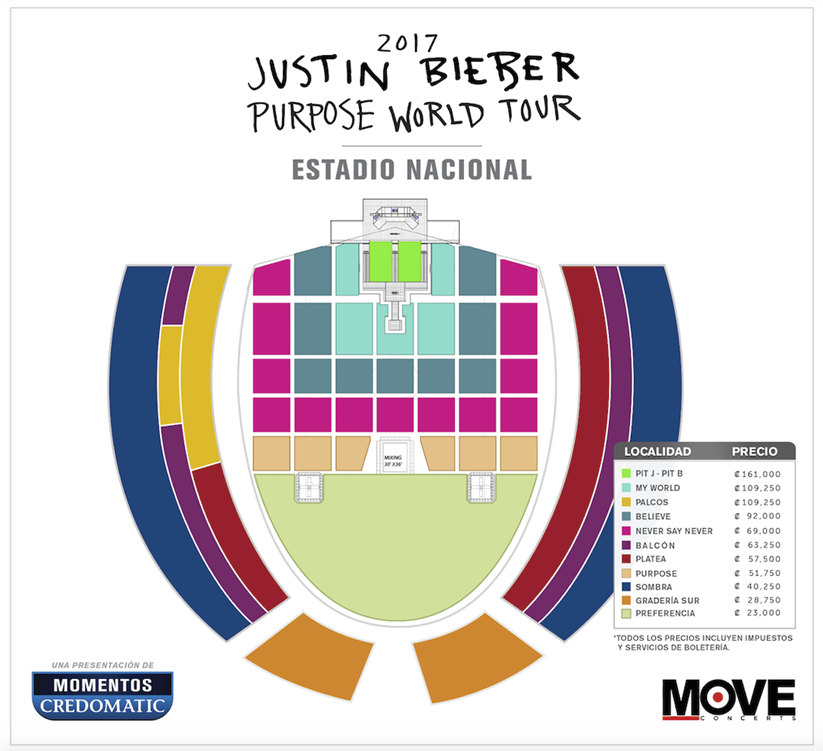 But, according to Hollywoodlife.com, they are a little surprised Justin has added new dates.

“Judging by the sexy crooner’s poor attitude lately, it seems like he’d rather be doing anything else than performing.

“Justin had two back-to-back incidences on stage where he lashed out at the crowd. Fans literally BOOED the tattooed hunk during his Oct. 20 concert in Manchester after he got pissed off at them for not letting him talk.

“The second showdown happened just three days later when Justin dropped his microphone in the middle of his performance and stormed off stage,” says the publication.

Hollywoodlife.com speculates “something is going on in his personal life that’s making him act out like this…but what could it be? Maybe it’s the fact that ex-girlfriend Sofia Richie ‘doesn’t give a f–k’ about him anymore, according to Paris Hilton. Meanwhile, his other ex Selena Gomez has been battling some health issue due to her ongoing lupus battle. Whatever the reason may be, we hope Justin can lift his spirits and enjoy the rest of his Purpose tour.”

- Advertisement -
Paying the bills
Previous articleU.S. Fugitive Nabbed in Costa Rica Back in Florida
Next articleWhy Waze Is So Incredibly Popular in Costa Rica

QCOSTARICA - Just when fans were allowed to return to the...
Read more

A little over a year ago, my wife and...