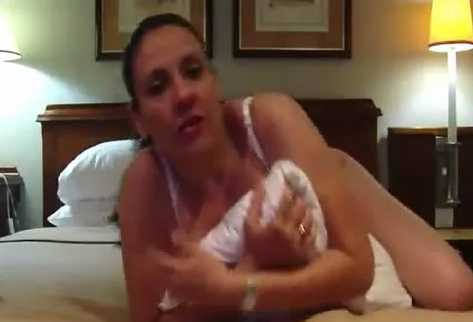 The man suspected behind the publication of the racy video of then Vice-Ministra de Cultura, Karina Bolaños, was arrested on Thursday.

Authorities say the man, identified by his last name, Ordeñana, was arrested in Santo Domingo de Heredia, alleged to be responsible for the video appearing over the social media, that led to the dismissal of Bolaños from her government job.

The video made headlines around the world in July last year, where the young Bolaños, half dressed expressed her feelings openly and without reservation.

Bolaños assured that the video she made in private was stolen and posted online after she refused to pay an extortion. Bolaños insisted she made the video in 2007 when she was separated from her husband, a Costa Rican congressman.

Authorities dug deep into the case and yesterday came up with the suspect, the computer engineer hired to install security cameras Bolaños accused of stealing the video and blackmailing her.

“I am looking forward to justice being servie”, Bolaños told the Telenoticias television cameras.

The man is out on bail.