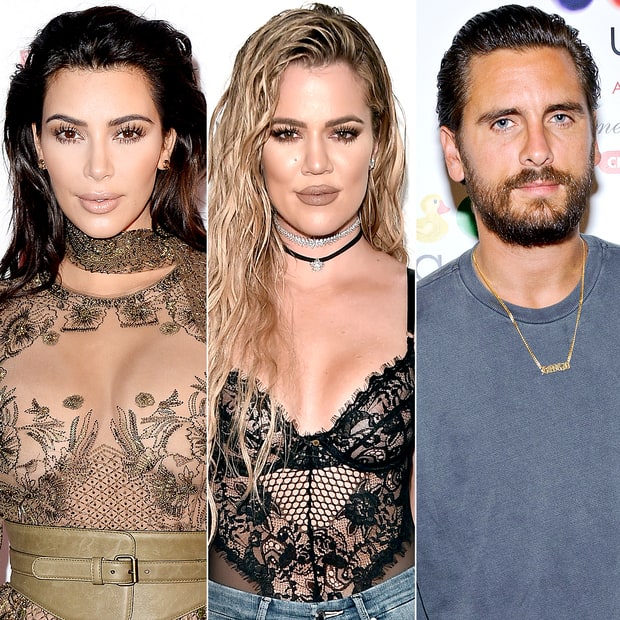 COSTA RICA EXTRA – Payback! Kim Kardashian, Khloé Kardashian and Kris Jenner team up against Scott Disick in a sneak peek from the Sunday, May 14, episode of Keeping Up With the Kardashians.

In the previous “To Be Continued” episode, the Kardashians discovered that Disick, 33, had invited a girl named Chelsea along on the family trip to Costa Rica. During a group dinner, Kim, 36, and Khloé, 32, started talking about Chelsea Handler and Chelsea Clinton in an attempt to get Disick to admit to his actions. When that didn’t work, Jenner, 61, asked point blank: “I think what we’re all wondering is if you have a girl here and why?”

In the preview, it appears the self-proclaimed Lord owns up to bringing Chelsea along on the tropical getaway. “I did something wrong as always,” he says. It seems Kim, Khloé and Jenner don’t accept his apology**, because they all throw water on Disick and completely douse him.

As Kourtney Kardashian — who shares kids Mason, 7, Penelope, 4, and Reign, 2, with Disick — drives off in a golf cart with her sisters, she says, “That actually made me feel better.”

Back in February, Us Weekly reported that Disick left Costa Rica a day early after the blowout fight. “The family is deeply disappointed,” a source told Us at the time. “Kourtney is not upset that he’s seeing other women. She’s upset he would disrupt the family vacation with the kids there and the whole family there and hide a girl in the hotel.”

Keeping Up With the Kardashians airs on E! Sundays at 9 p.m. ET.