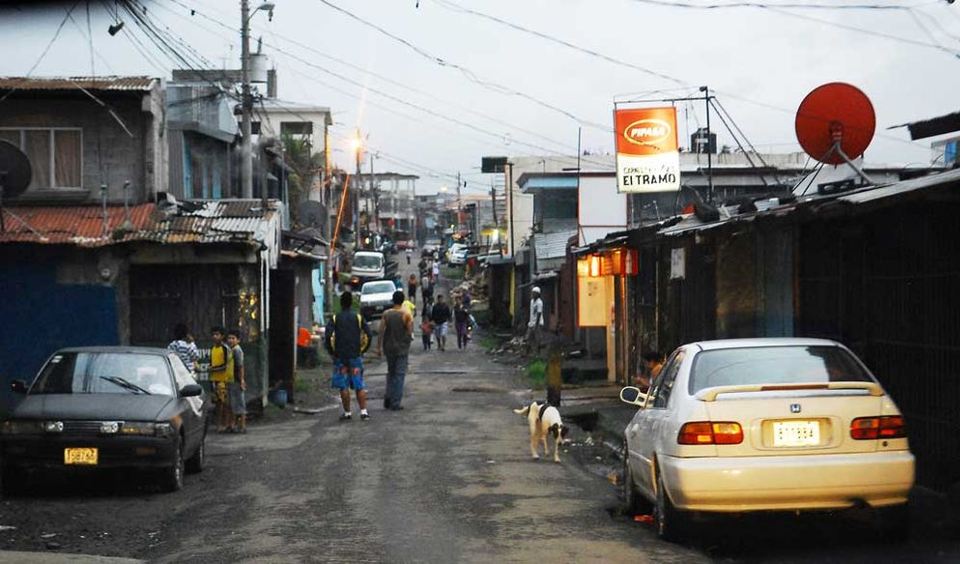 COSTA RICA JOURNAL – The “precario” (shantytown) known as La Carpio is an urban settlement that has become one of the areas most feared and repudiated by Costa Ricans, housing a landfill and home to some 19.000 people, more than half of them impoverished Nicaraguan immigrants.

Founded by squatters in the 1990s, some 4.700 families today call it home, despite the increasing dangerous living due to limited space. Overcrowding and poverty are part of daily life in La Carpio. 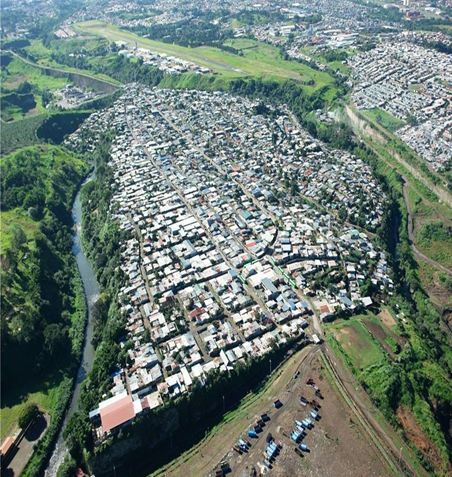 Costa Rica’s Instituto Mixto de Ayuda Social (IMAS)  – Mixed Social Aid Institute – has estimated the monthly income of the majority of La Carpio’s families is not enough to cover the cost of basic provisions and services.

According to the 2011 national census, on average, each family consists of four members and the average is 2.5 children per household. 32% of the households in La Carpio are headed a woman; 63% of the population is between 16 and 64, 35% between zero and 14, and 2% have more than 65.

There is only one road and in one road out, accessed from La Uruca, the road west of the Hospital Mexico and the Parque Nacional de Diversiones, separated by the rest of Central Valley from two rivers.

The hope for a better way of life is overshadowed by bureaucracy. Since 2007, the IMAS has initiated a process to help families better their lives by owning their own homes. So far only 33 titles have been delivered, 48 others are approved, but not yet registered in the National Registry, while another 24 wait IMAS approval.

The slow pace has caused the Fundación Promotora de la Vivienda (Fuprovi) – Housing Promotion Foundation, responsible for developing plans and advise the community, withdraw itself from the project as of March this year.

Fuprovi states that public agencies responsible for work “have done little to advance, noted for blocking plans and to roll back what progress has been made.” Also Furpovi prohibits the IMAS to continue using their plans to complete the titling.

QCOSTARICA  - The 200 years of the Independence of...
Pura Vida