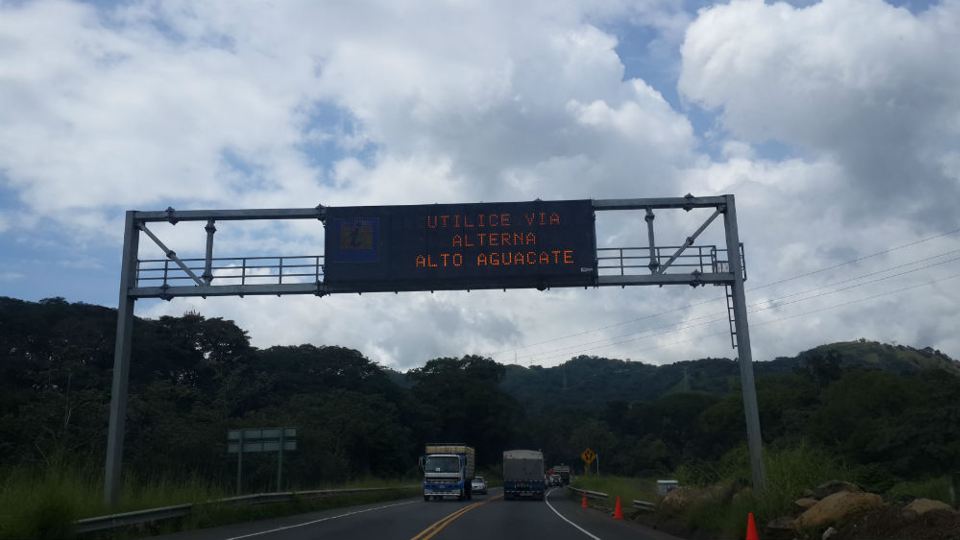 NOTICE — Globalvia, the concessionaire of the Ruta 27 (the San José – Caldera) confirmed this morning (Sunday) that the road continues closed between Atenas and Orotina.

There is no estimated time of opening.

- Advertisement -
A landslide at kilometre 40, caused by the heavy rains, forced the closure.

The company Golbalvia was dispatched with heavy machinery Saturday morning after the 8:30 incident sent tons of earth and stones crashing on to the road. Traffic Police indicated. In a press release, the company was unable to say when the route would be reopened.

The private company that operated the road, on its Facebook page, apologizes for the inconvenience, saying measures are being taken for the safety of users.

“We will keep you informed” is the message.

The alternate route to the Pacific coast is by way of the Monte del Aguacate (old road to Jacó) and the Interamericana, Ruta 1.

QCOSTARICA - The week of June 13 to 19 registered a decrease in the average number of deaths due to Covid-19, when 20 daily...
News