According to the World Meteorological Organization (WMO), the phenomenon will be "of moderate to strong intensity." 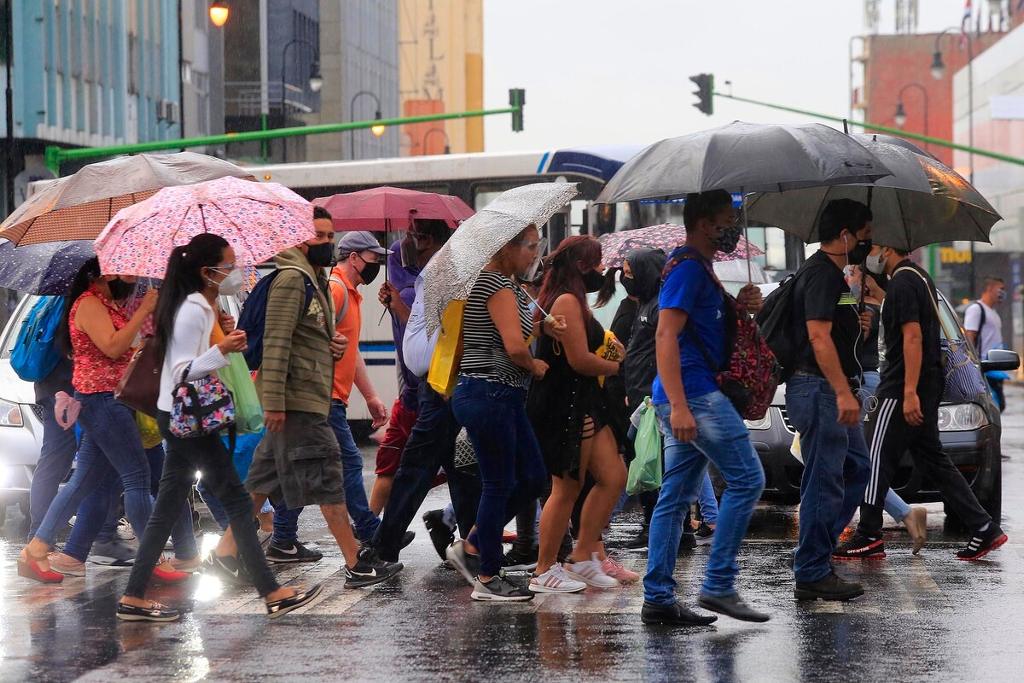 QCOSTARICA – The La Niña climate phenomenon has developed and is expected to last into next year, affecting temperatures, precipitation and storm patterns in many parts of the world, according to the World Meteorological Organization (WMO).

According to the WMO a specialized UN agency, this year’s La Niña is expected to be moderate to strong. The last time there was a strong event was in 2010-2011, followed by a moderate event in 2011-2012.

In 2008-2009, La Niña was responsible for freezing temperatures that caused dozens of casualties across Europe.

The global declaration of a La Niña event is used by governments to mobilize planning in climate sensitive sectors like agriculture, health, water resources and disaster management. WMO is now stepping up its support and advice for international humanitarian agencies to try to reduce the impacts among the most vulnerable at a time when coping capacities are stretched by the COVID-19 pandemic.

La Niña refers to the large-scale cooling of the ocean surface temperatures in the central and eastern equatorial Pacific Ocean, coupled with changes in the tropical atmospheric circulation, namely winds, pressure and rainfall. It usually has the opposite impacts on weather and climate as El Niño, which is the warm phase of the so-called El Niño Southern Oscillation (ENSO).

“La Niña typically has a cooling effect on global temperatures, but this is more than offset by the heat trapped in our atmosphere by greenhouse gases. Therefore, 2020 remains on track to be one of the warmest years on record and 2016-2020 is expected to be the warmest five-year period on record,” said Professor Taalas. “La Niña years now are warmer even than years with strong El Niño events of the past.”

WMO’s new ENSO Update states there is a high likelihood (90%) of tropical Pacific sea surface temperatures remaining at La Niña levels through the end of 2020, and maybe through the first quarter of 2021 (55%). This follows more than a year of neutral ENSO conditions (i.e., neither El Niño nor La Niña). The Update is based on forecasts from WMO Global Producing Centres of Long-Range Forecasts and expert interpretation.

It is important to note that El Niño and La Niña are not the only factors that drive global and regional climate patterns. No two La Niña or El Niño events are the same, and their effects on regional climates can vary depending on the time of year and other factors. Therefore, decision makers should always monitor latest seasonal forecasts for the most up to date information. 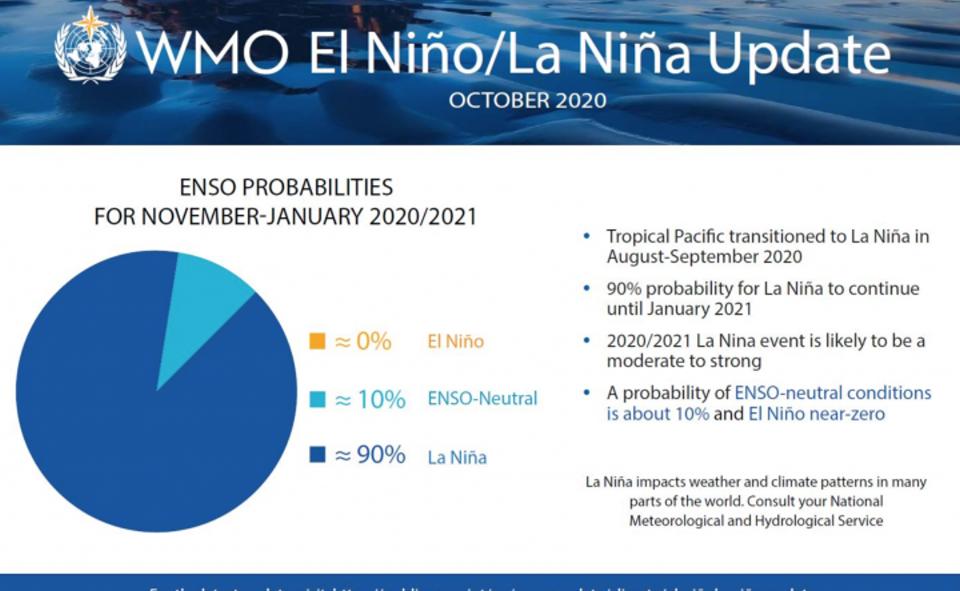 In North America, La Niña typically brings above-average along the northern tier of the continent along with below-average precipitation and across the South. The latest forecast model results are consistent with this historical impact analysis.

In the Caribbean, La Niña events can contribute to an increase in intensity of the hurricane season.  The 2020 season has been one of the most active on record so far.

In South America, La Niña can bring above normal rainfall across large parts of the north of the continent whereas further south below normal rainfall can be experienced on both the eastern and western coasts.

QCOSTARICA - A new cold push will increase the speed of...
Read more