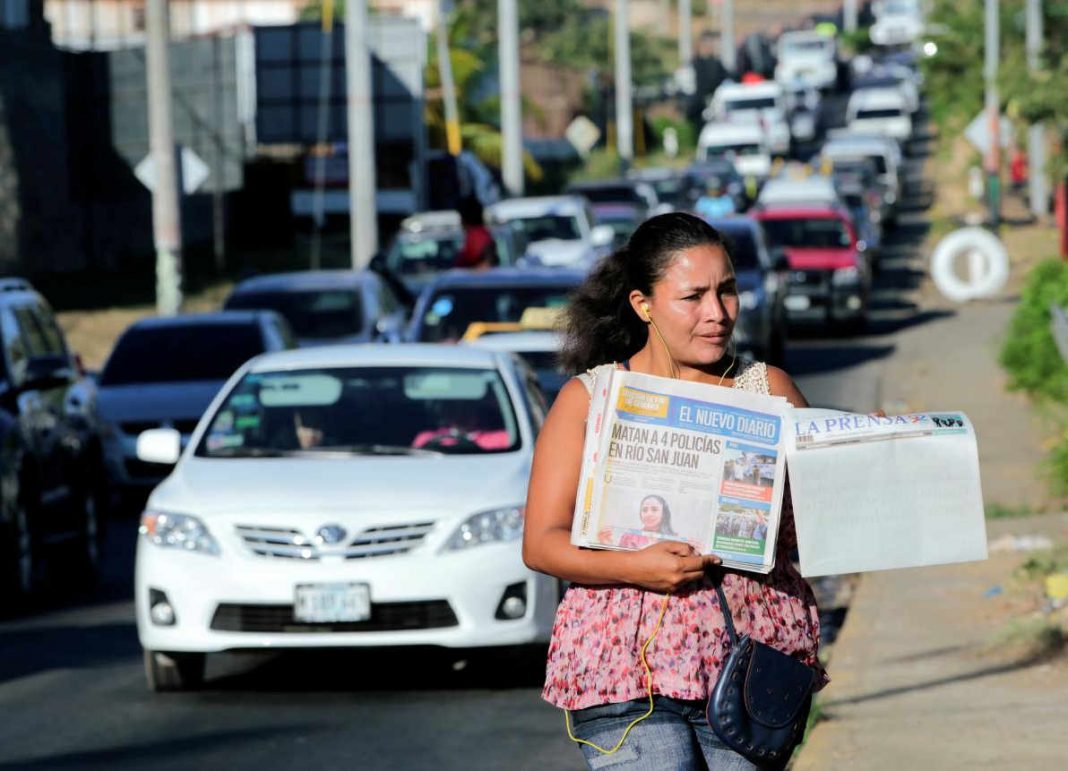 Nicaragua’s oldest and most-widely read newspaper, La Prensa, published its Friday edition with a blank front page in protest against what it says is the government’s withholding of ink, paper and other materials needed for its printing press since September.

In a Friday editorial, the newspaper asked: “Have you imagined living without information?,” and complained that the government of President Daniel Ortega had impounded its supply of printing materials for 20 weeks.

The government recently shut down the cable news television channel 100% Noticias and continues to hold the owner Miguel Mora and the Nicaraguan-Costa Rican press director on charges of terrorism and hate-incitement, while a judge ordered the arrest of three more. The online news Confidencial had its offices raided days before.

Protests raged for months before a government clampdown reined them in, but more than 300 people were killed during that time and over 500 incarcerated, according to the Nicaraguan Center for Human Rights, one of the groups the government has blacklisted.

La Prensa said customs agents at the behest of the government have been withholding imports of paper and ink in retaliation for critical coverage of simmering political tensions in the country. The Dirección General de Servicios Aduaneros (DGA) has been withholding materials since September.

Since April 2018, Nicaragua has been experiencing one of its worst crises since a civil war in the 1980s.

Nicaragua’s customs authority was not available for comment on the accusations made by La Prensa. The government did not respond to a request for comment.

Daniel Ortgea maintains there is freedom of expression in the country and has accused the opposition of seeking to mount a coup to oust him.

- Advertisement -
Paying the bills
Previous articleYoung Koreans arrived in Cartago, their journey to World Youth Day 2019 begins
Next articleNicaragua in 2019: Time for Change?