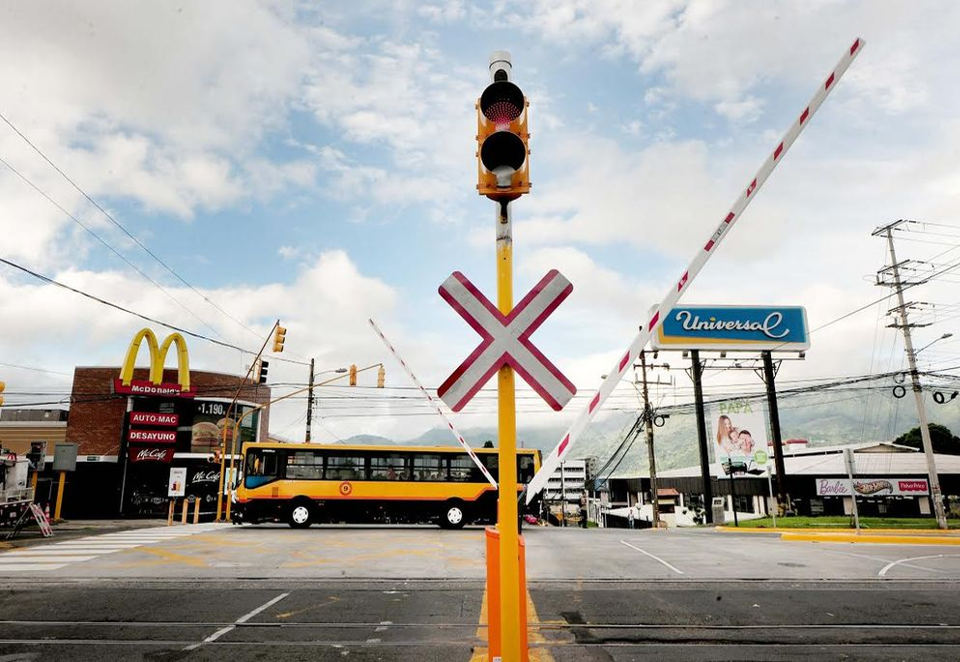 (QCOSTARICA) Almost ten years after the urban train going into service in the San Jose area, inaugurated this morning was the first train level crossing.

Located at the intersection across from the Gimnasio Nacional, the McDonald’s and Universal, the train bars and signals are part of the improvements to the intersection, to avoid accidents with the train, that begain in 2013.

Ironically the train level crossing was not installed by the railway, the  Instituto Costarricense de Ferrocarriles (INCOFER), but, rather by the Ministry of Public Works and Transport (Ministerio de Obras Publicas y Transportes – MOPT), in conjunction with a private company.

Traffic police will be on the scene for the coming days to advise drivers of the changes to the intersection, namely reinforcing the prohibition of a left turn from eastbound traffic from La Sabana Sur, and respecting the traffic signals and level crossing. But, we can expect that starting next week, tickets will be issued. 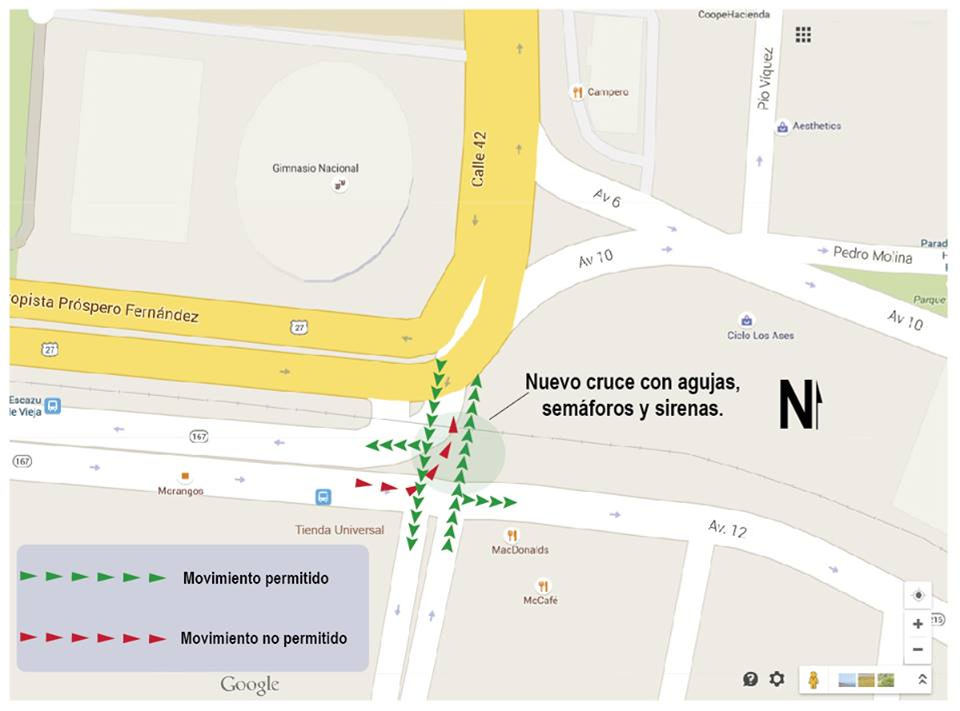 During the first hours of operations, engineers of the Departamento de Semáforos del Ministerio de Obras Públicas y Transportes (MOPT) noted a number of adjustments to be made for a continued flow of traffic.

The commuter train of San Jose, from Pavas on the west to San Pedro to the east, began operating in October 2005. Since, the line has extended to include Heredia centre and Belén (also Heredia) and Cartago. Plans and work are underway to add Alajuela to the service.