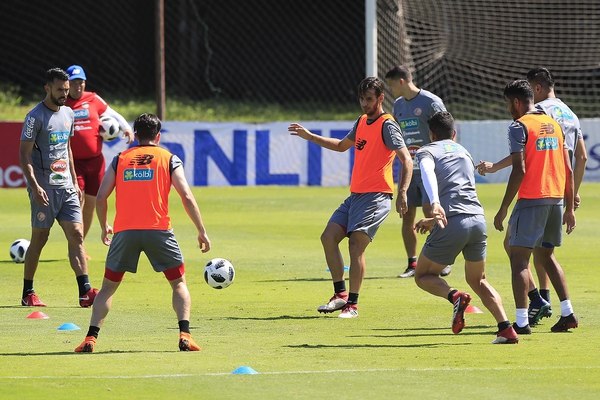 Keylor Navas was part of the Costa Rican national team’s practice on Wednesday, their first ‘full strength’ practice before the 2018 World Cup in Russia that starts on June 14.

But before taking the field in Russia, La Sele will be playing friendlies with Northern Ireland on Sunday, at the National Stadium, in San Jose and England, at the Ellen Road stadium, in Leeds on June 7, and then Belgium, at the Koning Boudewijnstadion (King Baudouin Stadium) in Brussels on June 11.

Costa Rica will play its first World Cup 2018 game on June 17 against Serbia.

For 2018, Oscar Ramirez will be leading the ticos world soccer play, where the “Costa Pobre” by some, the same calling in Brazil 2014, could go even further in this their 5th World Cup appearance in the history of the team.

Costa Rica is the only national team in Central America to have played in four FIFA World Cup editions.

“It’s very important to have the complete team because we can hone the details together. It’s extra motivation to have Keylor for everything that he’s been doing. He’s a leader, a player we all listen to,”  David Guzman told reporters.

Part of the training leading up to the games next month, the national team will spend time watching video of the teams they will face at the World Cup in Group E: Brazil, Serbia, and Switzerland.