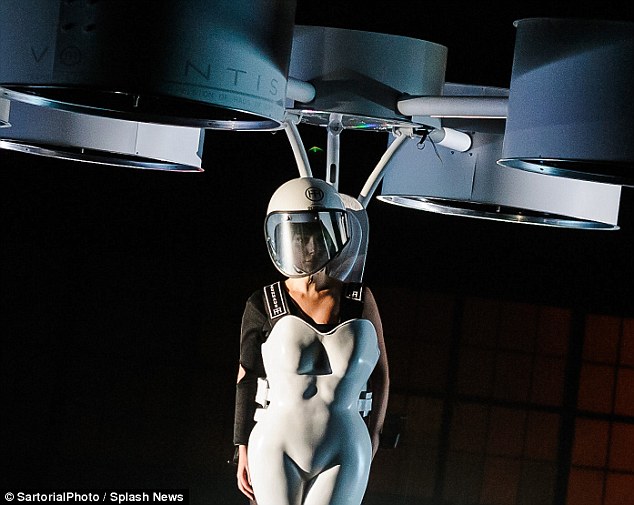 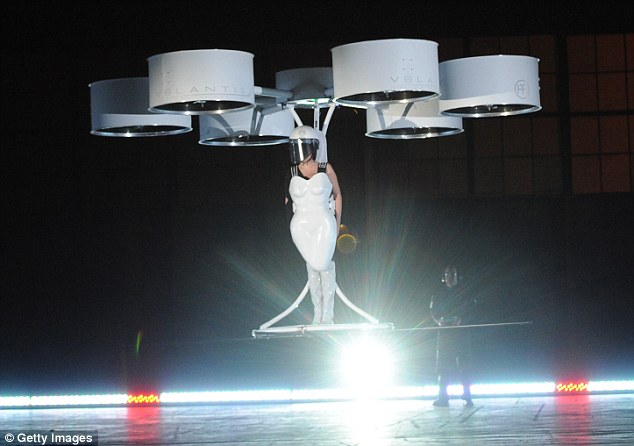 At the release party of her latest album ARTPOP at the Brooklyn Navy Yard in New York, the 27-year-old diva, Lady Gaga, went airborne in the Volantis, which the singer has dubbed ‘the world’s first flying dress.’

Featuring an uber-modern white curvy body mold made of fiber optics,  the battery operated high-couture hover vehicle flies through the air through the use of six booms in a hex formation.

TechHaus, the technical branch of the Haus Of Gaga, worked on the invention for over two years.

Gaga addressed crowd at the record release party, dubbed ARTRAVE, revealing that the singer worked with engineer Benjamin and designer Nancy to create the device.

‘I wanted to make today about something even more important to me. And what that something is the youth of the world. Benjamin and Nancy are here with me today. Their minds are just so boundless,’ said Gaga. ‘I will be a vehicle today for their voices… Youth all over the world.’

Before she stepped into the flying dress, the Applause singer originally stepped out on stage in white astronaut’s suit before stripping down to a black body suit with white sparkle knee-high boots and a protective helmet. 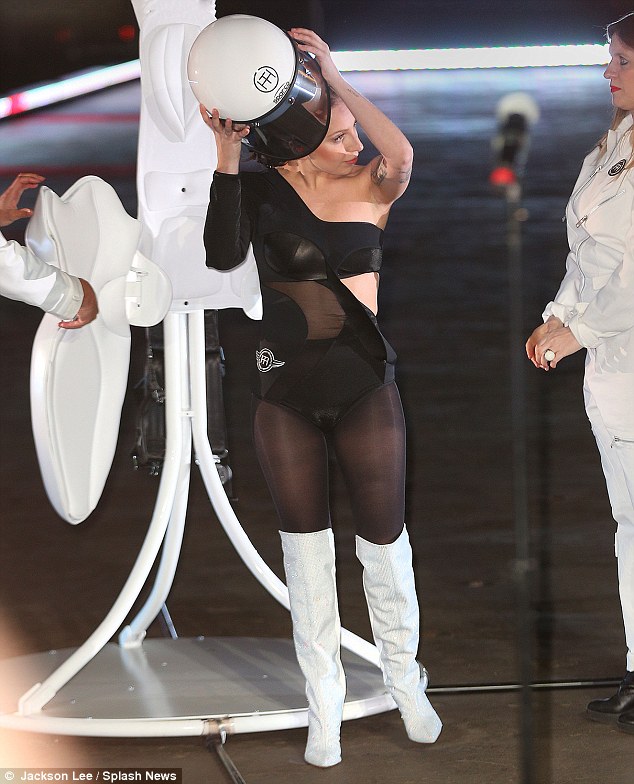 The singer commented that the flight was “maybe a small step for Volantis,” but “a big-time step” for Lady Gaga.

After Gaga landed, the crowded was escorted to the ARTRAVE party where the walls were lined with Jeff Koons statues of Gaga straddled an orb. The surrounding artwork was reminiscent of the cover of the ARTPOP album.
For the party, Gaga changed her outfit yet again, going steampunk for the affair with bronze clockwork-looking goggles, black sky-high platform shoes and a metallic high-concept floor-length coat that zipped to the side and featured extreme shoulder pads and bronze buttons. 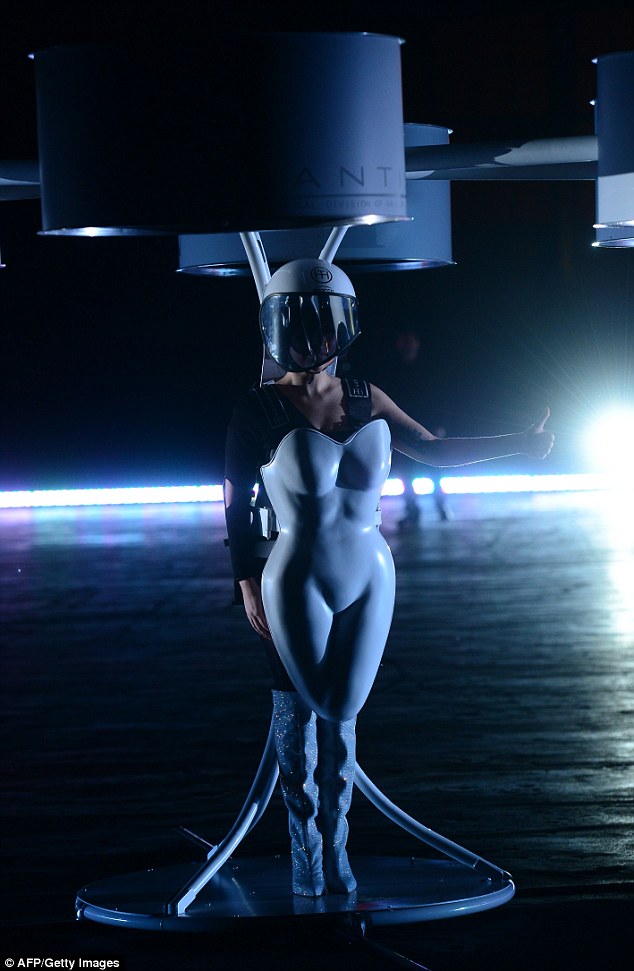 Gaga later revealed that her ultimate goal is to stage the first musical performance from outer space.