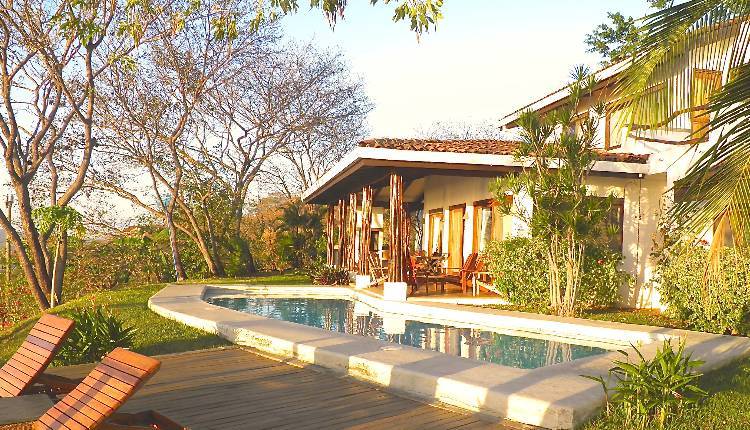 By Jason Holland (International Living) –  I have a pretty standard morning routine. I’m awakened very early by roosters but stay in bed for a while as the sunrise filters into the bedroom. I start the coffee, open the sliding doors, step out to my deck, and look down into the valley below. I usually see hummingbirds buzzing around my flowers, sometimes a blue-crowned mot-mot.

Some mornings one of my neighbors, a farmer, has been up even earlier to let his cow and oxen graze in the vacant lot next door.

I’m not out in the country or living on a farm. I’m in the middle of the largest urban area in Costa Rica, the capital, San José, founded in 1738.

Most people visiting Costa Rica fly into this city, site of the main international airport, but head out as soon as possible for Pacific or Caribbean coast beaches. And the majority of expats live on the coast or in more rural areas of the Central Valley.

On my first trip to the country in 2005, I felt the same way. San Jose (population: 300,000-plus, with more than a million in the metro area) had traffic, tall buildings, and noise. But after living in Escazú, a suburb just 10 minutes’ drive from downtown, for the past year, I’ve discovered another side to the city.

It has the best shopping and dining in the country, including imported items found nowhere else and international cuisine. There are also North American-style amenities like health clubs and movie theaters, as well as cultural activities like jazz clubs, art festivals, museums, and more.

As far as weather, San Jose benefits from altitude—starting at 3,000 feet on the valley floor and going up from there in the hills that surround the city proper. That means despite its location in the tropics, this area has a very temperate climate—never hot, never cold.

I came to San Jose because of the down-the-street convenience to the best public and private healthcare in the country. My son needed testing (available for a fraction of U.S. prices) at the private CIMA Hospital, 10 minutes’ drive from our home, and visits to a specialist ($80 per visit in the private system) available only here.

We also use the public clinic, part of the Caja universal healthcare system. All his care at the local clinic is free, though there can be wait times for non-emergency procedures, which is why we sometimes use private providers.

Another huge plus to living in San Jose is that it’s centrally located and the transportation hub for this West Virginia-sized country. All the major highways run through the area. In less than a couple hours’ drive, you can be on a beautiful tropical Pacific beach enjoying an ice-cold Imperial…or in a dense jungle with no sound but the cry of howler monkeys in less than an hour…or swimming in a waterfall pool after a careful hike downhill through the forest.

San Jose has a reputation for expensive real estate. But there are still plenty of deals out there…good locations in safe neighborhoods.

A two-bedroom condo in the exclusive Bello Horizonte neighborhood, with city views, is $150,000. A three-bedroom home with a large yard in Santa Barbara de Heredia—basically in the country, although the city is close by—will run you $98,000.