Landslide Due To Rains Shuts Down Ruta 32 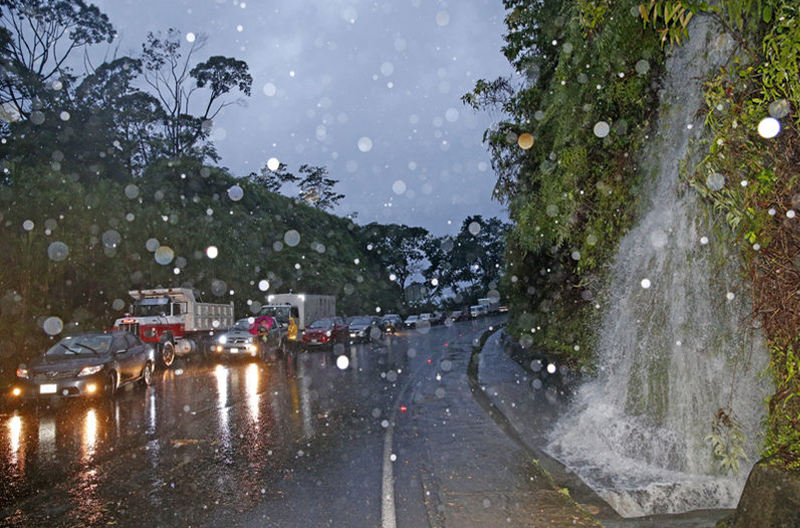 COSTA RICA NEWS – Once again travelling to Limón is being made difficult by the rain, a landslide yesterday (Saturday) forced the closure of the Ruta 32, the main road between Limón and San José.

The closure is between Río Frío de Sarapiquí and the toll stations at Santo Domingo de Heredia. 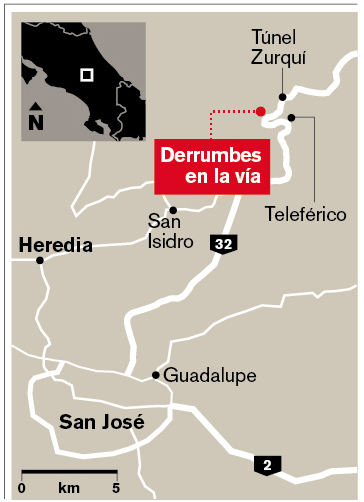 The Ministerio de Obras Públicas y Transportes (MOPT) and the Consejo Nacional de Vialidad (Conavi) have made an assessment of the obstruction and are now waiting on machinery to arrive at the scene to clear the roadway.

In the meantime, the alternate routes to Limón are either by Turrialba or Varablanca (climbing the mountain in Heredia).

The Instituto Meteorológico Nacional (IMN) – national weather service – is forecasting heavy rains until Wednesday, which may mean more landslides and delays in re-opening the ruta 32. And possible problems on the alternates as well.

The Ruta 32 is the major truck and bus route to La Guacima, Siquirres and Limón.