Workers in Costa Rica have certain legislative protections against sexual harassment, but what about non-sexual badgering and mistreatment such as making fun of someone’s appearance or assigning employees tasks that are considered denigrating? 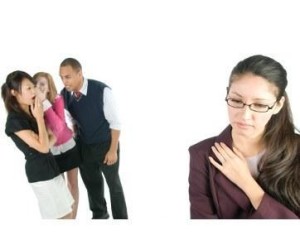 The Special Permanent Committee on Women’s Affairs of the National Assembly in Costa Rica is looking into the matter and is proposing legislative action.

According to the Press Office of the National Assembly and the National Liberation Party (PLN in Spanish), legislative proposal 18.136, the Law to Prevent and Sanction Workplace Harassment in the Public and Private Sectors will advance to debate status. This proposal seeks to fill the legal void with regard to workplace harassment in Costa Rica. The Constitutional guarantee to introduce such legislation comes from Article 56, which directs the government to protect the safety and dignity of labor relations in our country.

Pilar Porras, President of the Committee on Women’s Affairs explained that:

“This initiative establishes the following actions as workplace harassment: insults, offensive comments, constant snide remarks about personal traits of workers, the forceful assignment of work tasks that are denigrating or outside of the employee’s abilities, among others.”

Depending on the position of the individual found to commit acts of workplace harassment, he or she could face written admonishments, unpaid suspensions up to one month, and even termination without severance. These penalties would be applied in accordance to the severity of the harassment.

The legislative proposal also seeks to define how penalties will be applied when it comes to elected officials. For example, a public ethics admonishment could be applied to legislators. In the case of mayors, superintendents and labor union leaders, they could receive a written admonishment or simply lose their jobs.

QCOSTARICA - The value of Costa Rica exports increased by 23% in the first five months of the year, being the highest growth in...
Vaccine