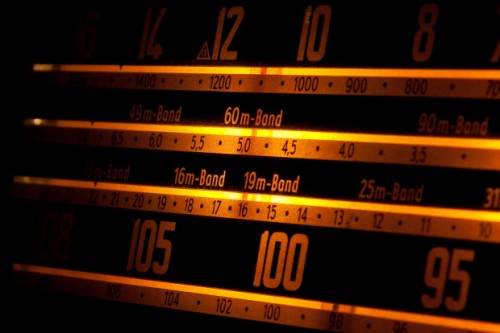 Amid allegations of dubious funding, money laundering and even ties to powerful drug cartels, more than 100 pirate radio stations in Costa Rica will be investigated by public officials and law enforcement officers.

According to National Chamber of Radio Sations (CANARA in Spanish) and the Ministry of Science, Technology and Telecommunications (MICITT in Spanish), there are 137 radio stations that operate outside of the law and impinge upon the radio spectrum in Costa Rica, which is a public benefit regulated by the country’s standing legislation on these matters: Public Law Number 1758 of 1954, known as the Radio Law.

CANARA is an organization that represents several profitable radio stations in Costa Rica. According to a report by Radio Actual 107.1 FM, the Superintendency of Communications in Costa Rica (SUTEL in Spanish) is not aware of the rapid growth of pirate stations across the country. Many of these stations impinge upon the radio spectrum frequencies granted to the Costa Rican Institute of Radio Education (ICER in Spanish) and a couple of radio conglomerates, one of which owns Radio Actual.

Some of the frequencies that these sonic buccaneers like to broadcast include 88.1, 88.3, 107.1, 107.7, and 107.i9 on the FM dial. If your favorite stations are on those frequencies and you live in rural areas in Costa Rica, there is a chance that you have listened to these audio hijackers of the airwaves take over. MICITT officials and Fuerza Publica detectives will work to unmask pirate radio operators, a task that is easier said than done.

During a recent forum at the University of Costa Rica, the topic of discussion was the rapid proliferation of pirate radio stations, which mostly operate in rural and remote areas, as well as the troublesome concentration of the radio spectrum in the hands of just a few corporate interests.

Journalists and observers of the airwaves in Costa Rica are concerned that the radio spectrum in the country is following in the footsteps of conglomerates such as Clear Channel and Viacom in the United States, two corporate giants that make tons of money thanks to the powerful broadcast lobby that has been operating since the 1990s. A PBS Frontline investigation into radio consolidation, The Way the Music Died, explained that the broadcast lobby consisted of:

“Thousands of radio stations changed hands and companies that wanted to really get on radio were able to pull up some enormous multi-billion dollar mergers.”

This, in turn, resulted in:

Basically, pirate radio, and to a lesser extent Internet and satellite radio, are alternatives to get away from being under the thumb of radio conglomerates, which have been growing in Costa Rica. In other words, without comprehensive reform of spectrum regulation, giant radio chains in Costa Rica could become like the monopoly ICE used to be, only without government or community participation.

In Costa Rica, the big boys of radio include:

The only thing that stands in the way of the groups above acquiring more stations is money, which they have plenty of, and high-level horse trading, which involves greasing palms and gaining political favor. They make it difficult for stations such as Rainforest Radio, which aim to serve the communities they broadcast from.

In a few heavily populated urban areas of Costa Rica such as the Hatillo communities, pirate radio stations are mostly low-powered affairs that broadcast over a few blocks. The format of these stations includes non-commercial reggaeton and underground hip-hop music, peppered with commercials and announcements about commercial enterprises that operate on the fringes of the law, such as informal taxi drivers, dance halls that operate without permits, shade-tree auto repair, unregistered lotteries, etc.

The pirate radio stations that CANARA is concerned about are not like the one described above in Hatillo. Some would argue that there is room for such pirate stations to fill the void left by the closure of the dynamic rock emporium at 91.5 FM. The freebooter stations that worry public officials have ulterior motives in mind.

Rowland Espinoza, Vice Minister of Telecommunications in Costa Rica, recently explained to Diario Extra three hypothesis that aim to explain the spread of pirate radio stations in our country:

In the end, CANARA explains that it does not want to end up like Guatemala, a country where 800 pirate radio stations compete against each other, and where less than 150 stations operate under the law.